I’ve always had a soft spot in my heart for black cats. And I think that many other cat lovers out there could say the exact same. When you keep a black cat, it’s like you have the chance to have your very own miniature panther right in your home! Black cats are effortlessly cool, and for a cute trio of black cats named Darth Vader, Lord Malgus, and Baby Zara, they’re here to show you that the only thing better than one black cat is three!

I caught up with their cat mom hoping to feature them on the website, and thankfully for me, she agreed. So, everyone get to know this trio of awesome black cats!

How did Baby Zara, Darth Vader, and Lord Malgus come into your life?

We live in the “burbs” of Cincinnati, Ohio. Our family consists of mom, Mary, Dad, Rodney, and 2 sons Jake and Sam.

Back in 2011 while driving home from work I spotted a sign at the end of a driveway saying ‘FREE KITTENS’. I decided to stop. To this day I’m not sure WHY I did as my husband and I swore to have an animal-free home. We just didn’t want the extra responsibility, I suppose. So here was this scawny black kitten in a horse stall. He was so pathetic-looking. He only weighed 1lb 14 ounces. I picked up our son from daycare and after I got him in the car, told him to close his eyes and handed him this precious little kitten. Jake opened his eyes and cried. He always wanted a kitten. My BFF suggested the name Darth Vader as the kitten was black and Jake was a big Star Wars fan. So he became Darth Vader.

Four years later my daughter called me saying she found this tiny black kitten on the highway and she was SURE it was a girl. Turns out SHE was a HE! My older son Sam started throwing out sith names to keep with the theme of our Darth Vader and Star Wars. So Lord Malgus he became. Vader and Malgus got along famously. Vader accepted Malgus just fine. He would pin Malgus down and give him NUMEROUS “unwanted” baths. Oh how Malgus would scream! I reckon like any other kid, he DID NOT enjoy or think he NEEDED a bath. 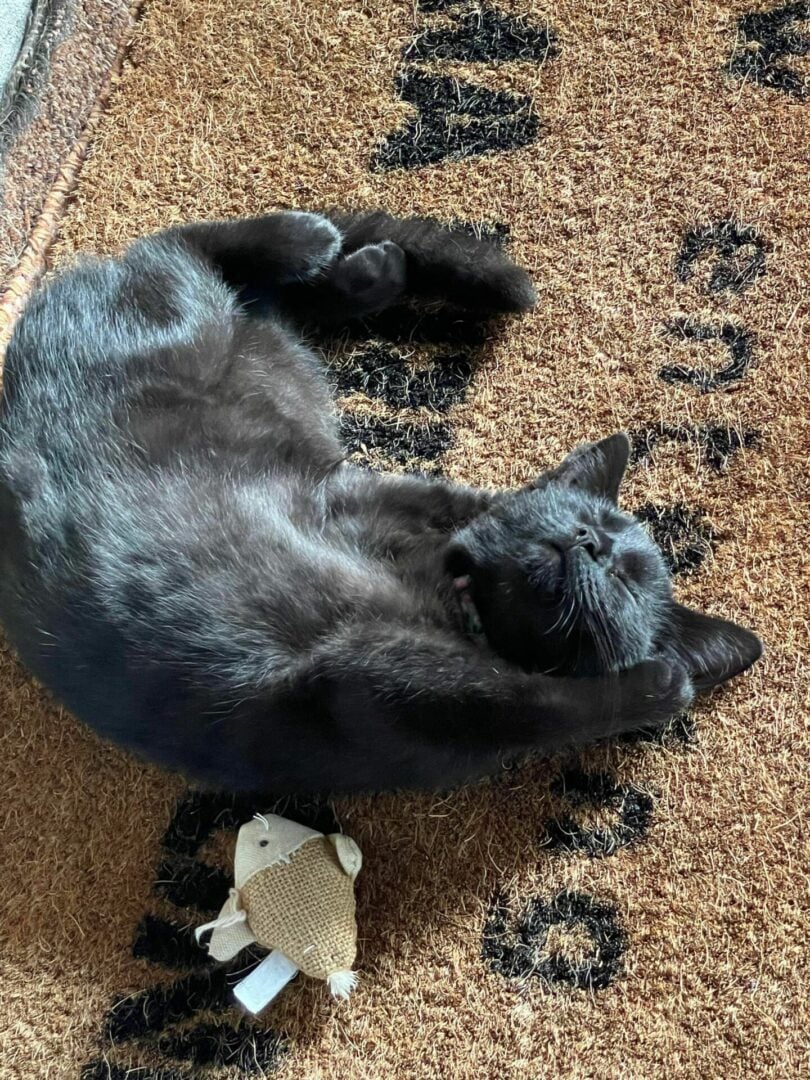 A friend of mine kept telling me about this little black kitten where she was staying. She said how adorable and friendly it was and she was POSITIVE it was a girl. She was afraid something was going to happen to it after they moved and convinced me to drive out to get her. Well, I did. Once again my older son Sam started throwing out sith names again and I liked Zara. So she became my baby Zara! Turns out my son Sam misread the name thinking it was Darth Zara when it actually was Darth Zannah. Since he came up with it by accident, we decided to stick with it.

Old man Vader was a bit skeptical about this tiny kitten but really didn’t seem to react much good or bad.

Lord Malgus on the other hand, now that’s a TOTALLY different commercial. To put it as nicely as possible, Malgus HATS Zara’s guts!! He LOATHES her. He constantly hisses at her and gives her the 5 toed slap to the head and face on a daily basis! In all fairness to her, she’s a kitten and just wants to play. She is relentless with Malgus. She doesn’t care one iota about being power-pawed repeatedly. She sticks to her guns trying to persuade Malgus, “you WILL like me and you WILL play with me.” Unfortunately, I don’t foresee this EVER happening for her. Malgus is a hater and can’t get passed being a hater.

She does chase poor Vader all over the house, jumping on his head and back to the point of making him projectile vomit because he is so worked up from her. We do intervene when we see her bugging him. 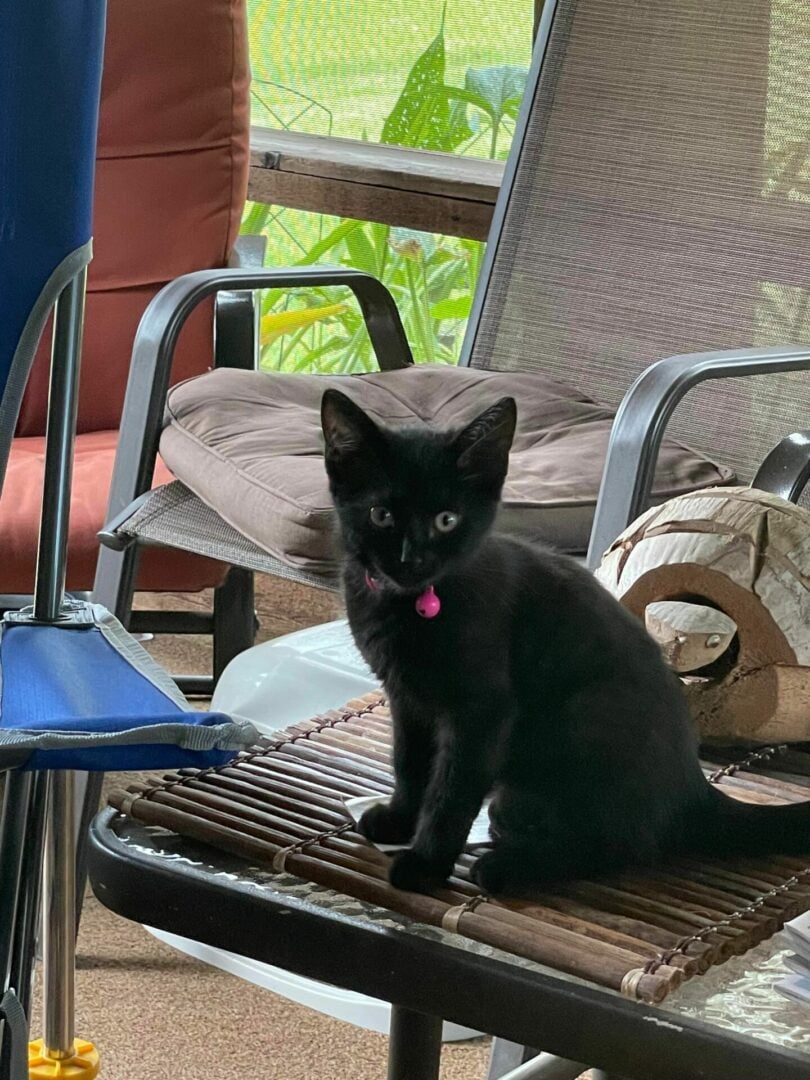 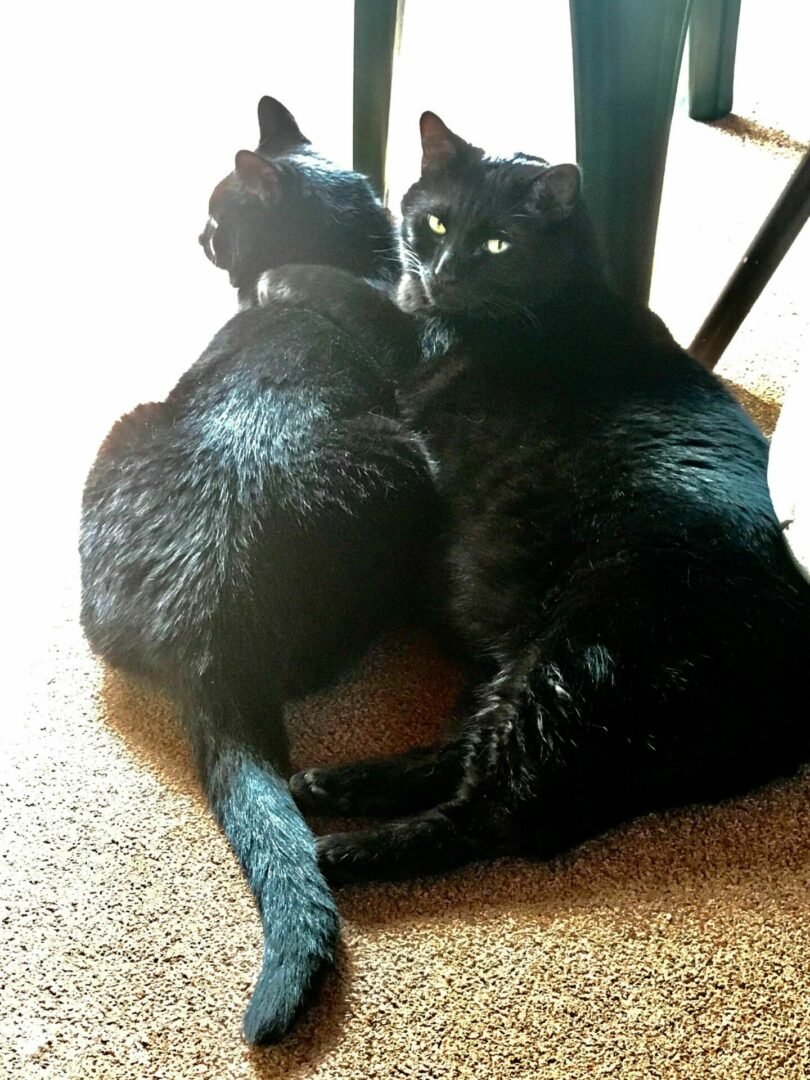 What are their favorite hobbies?

Vader: begging for treats, following me around when I’m home, finding that “exact” spot on moms bed for that well-needed nap, and doing everything possible to slip out the back door to that “endless salad bar” screaming his name…(the grass)

Malgus: patrolling the front yard via the front window high atop the cat condo, meowing until you FINALLY come to stand by him while he eats, and standing at the top of the steps loudly meowing until you come upstairs, pick him up and place him on the bathroom sink, turn the water on and let him get a drink. Never mind that these spoiled cats have an actual water fountain in the kitchen!!!

Zara: her hobbies are strictly running amuck in the house and trying to “convince” her brothers that they love her. Not seeing that happen EVER, but kudos for trying baby Zara!! 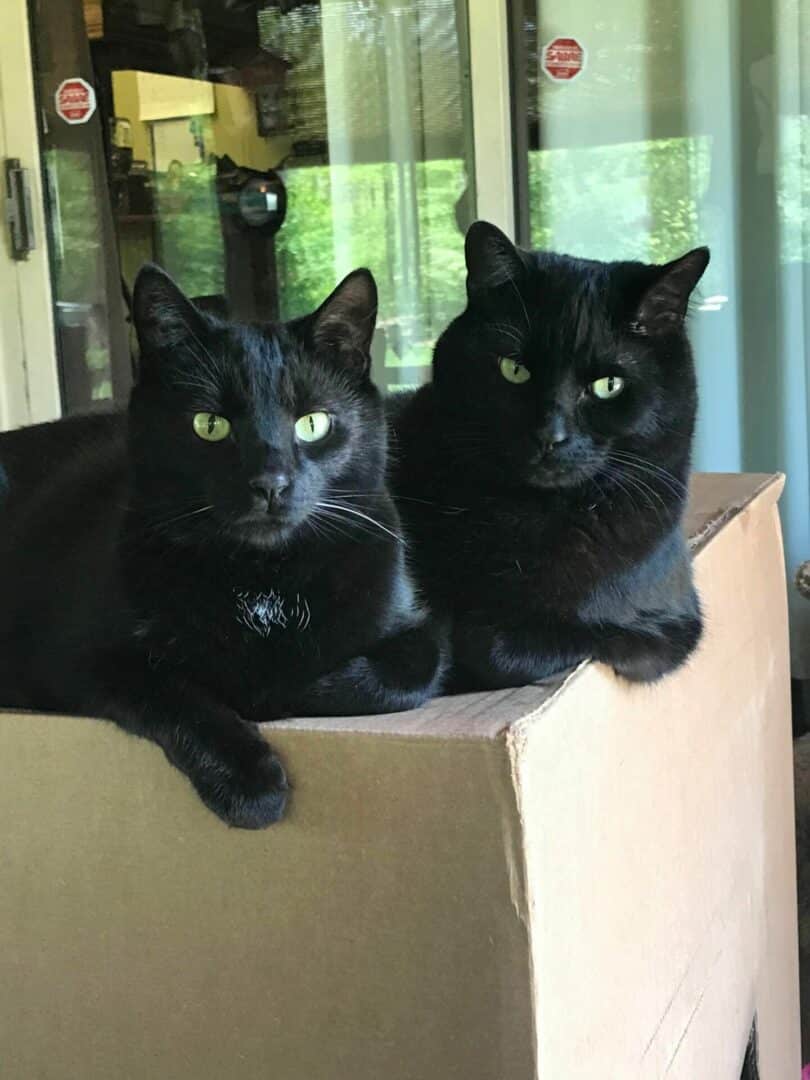 What’s something special you’d like for people to know about them?

What I want people to know is this, Black cats are the least likely to be adopted. That’s sad. Black cats are just as loving and beautiful as multi-colored cats. After all, they ARE miniature black panthers!!!

I’d like to give a special “thank you” to Mary and Rodney Beavers for allowing me to share their cats’ stories and images with all of the Cattitude Daily readers. Hopefully, their story can help to inspire more people to take a chance on a black cat in need of a loving home. Want to learn even more about black cats? Check out this collection of interesting facts about black cats here on CattitudeDaily.com. 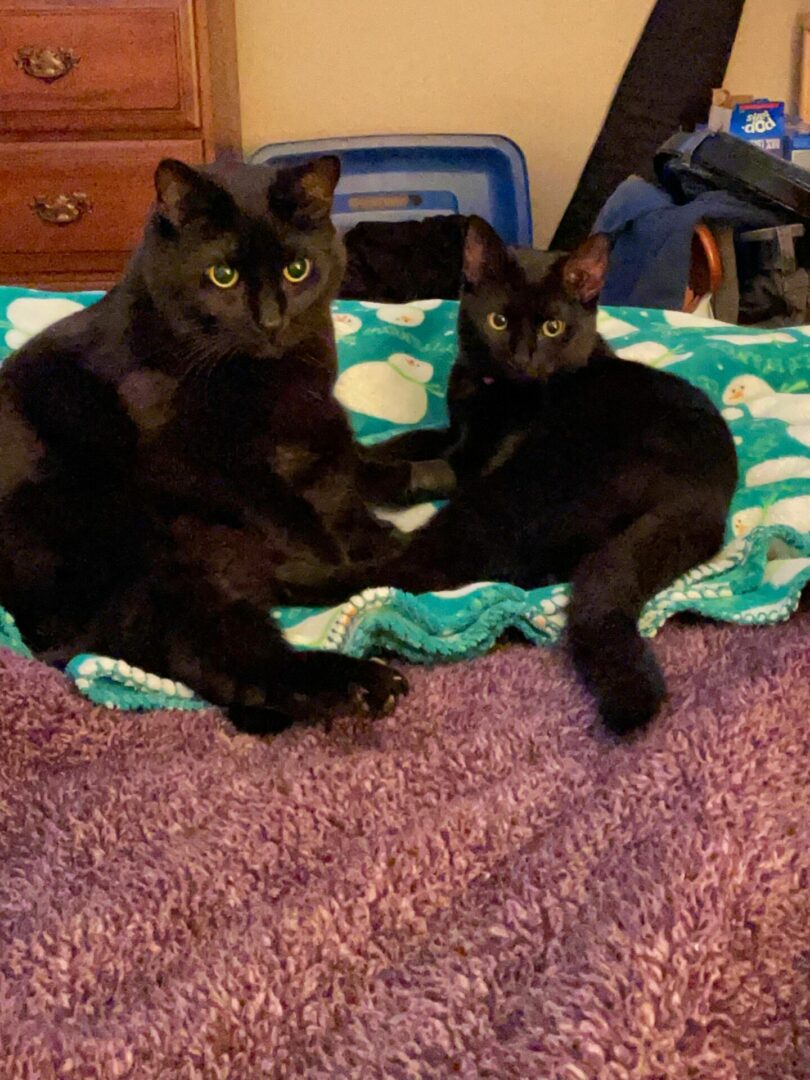