This World Spay Day (Tuesday 22 February) cat welfare organizations have come together to urge owners to get their cats spayed as neutering levels dropped significantly during the pandemic.

There are an estimated 10 million cats in the UK and on average around 91% of owned cats are neutered year on year*. However during the pandemic these figures dropped to 86% in 2020 which is the lowest it has been in nine years.

Thankfully, the numbers are beginning to rise again with 90% of cats being neutered in 2021 but this still means there are over one million unneutered cats in the UK.

Cat charities fear that an increase in demand for pets and a lack of neutering being available to owners, as vets had to understandably prioritise emergencies during the pandemic, could result in a ‘cat breeding explosion’ and further contribute to the large populations of unowned cats already living on the streets, or in rescue centres, across the UK.

RSPCA’s cat welfare expert, Samantha Watson, said: “Although the decrease in neutering is fairly small, this equates to a lot of unneutered cats meaning that we could have a cat breeding explosion on our hands should these numbers decline again. Since 2012 the neutering figures haven’t dipped below 90% so it was really concerning to see so many cats not being neutered during the pandemic.

“The first lockdown in the Spring of 2020 came at a pivotal moment right at the beginning of kitten season (May to September) when most kittens are born. One of the little known knock-on effects of the lockdown is that there were waiting lists for routine procedures such as neutering due to the impact of the lockdowns on veterinary practices and this may have resulted in a high number of unwanted litters being born which will mean more pressure on rescue charities like ourselves. 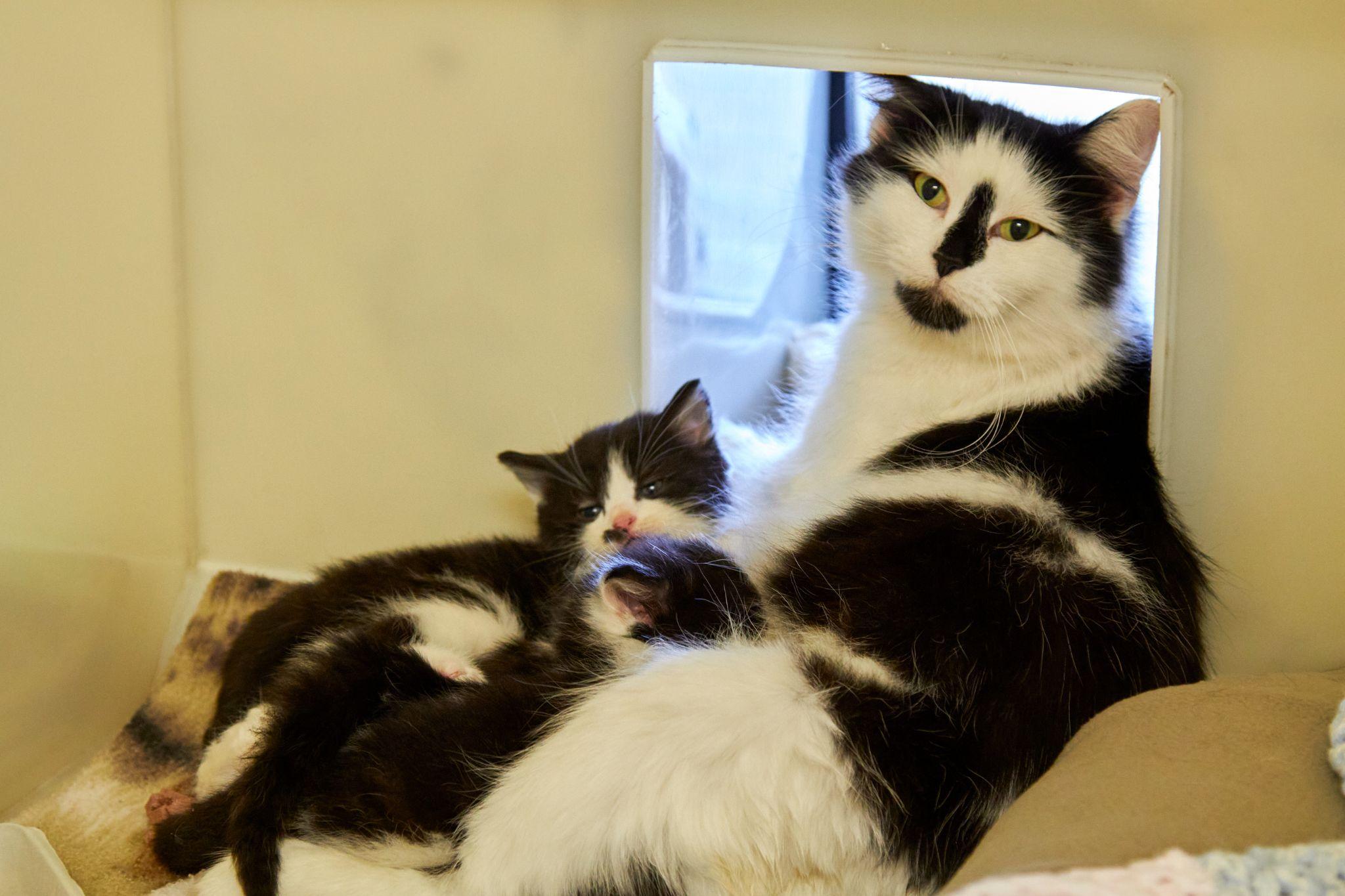 “It’s great to see that the number of owners getting their cats neutered is beginning to rise again now that things are getting back to normal. We would urge owners to please get their cats neutered from four months old before they can get pregnant. Last year the RSPCA took in over 4,000 cats and many of these were unwanted litters which had been abandoned in boxes, pet carriers or even thrown in bins! Neutering your cat ensures that you will never have an unplanned litter of kittens to care for – and pay out for – and will ease the strain on charities like ourselves who are left picking up the pieces when these cats and kittens are sadly no longer wanted. ”

The PDSA 2021 PAW Report shows some of the reasons why owners are not neutering their pets. Of those surveyed 6% said vet practises were not offering neutering during the pandemic and 5% said vets were too busy to get an appointment. Around 8% said they were worried about public contact due to Covid-19 so they did not want to take their cat to the vet and 5% said they were shielding so could not leave home.

The survey also shows that some owners believe their cat should be allowed to have one litter or didn’t realise they would get pregnant when they did. Around 14% of owners of female cats said that their cat had at least one litter prior to being spayed and 62% of these said that the litter was unplanned – figures which have not changed significantly in the last four years.

The Cat-Kind Group,** made up of a number of cat welfare charities, has come together to highlight the importance of neutering and the welfare issues that arise when cats aren’t neutered. The group has created a toolkit for animal welfare organizations and vets including posters and graphics to easily communicate with the public about neutering.

A Cats Protection spokesperson said: “Having an accidental litter of kittens is stressful, time-consuming and expensive. Female cats can become pregnant as early as four months old and if you have two unneutered cats of opposite sex, they will mate with each other even if they are brother and sister. We urge owners to protect their cats from having accidental litters by getting them neutered early. Neutering will also reduce the risk of cancers and other diseases.”

Many vets are still under a lot of pressure which may mean owners have to wait to get their cats neutered. We would always urge owners to be patient and if your cat hasn’t been neutered the advice is to keep them indoors with plenty to keep them entertained such as toys and scratching posts, until they can be spayed or snipped. It is also recommended that owners keep a male and female pair separate, even if they have come from the same litter, this will also help to avoid any unwanted pregnancies.

For more information on neutering visit the RSPCA’s website.

To help the RSPCA continue rescuing, rehabilitating and rehoming animals in desperate need of care please visit our website or call our donation line on 0300 123 8181.