A litter of kittens were found behind a warehouse along with a cat. One of them was very clingy to her mom.

Coco the cat mom and her kittensDorset Rescue Kittens

Cailey Seymour, the founder of Dorset Rescue Kittens (in Ontario, Canada), was informed about a street cat and her litter of five by a fellow animal rescuer.

The rescuer came across a small colony of cats running around behind a warehouse. She put out a pile of food, and one after another, all the kitties came out from every direction. They were starving and scarfing down the food.

“She sent me a photo of the kittens asking if we could take them. My answer was ‘absolutely.’ She was successful in catching all five kittens and their mom,” Cailey told Love Meow. 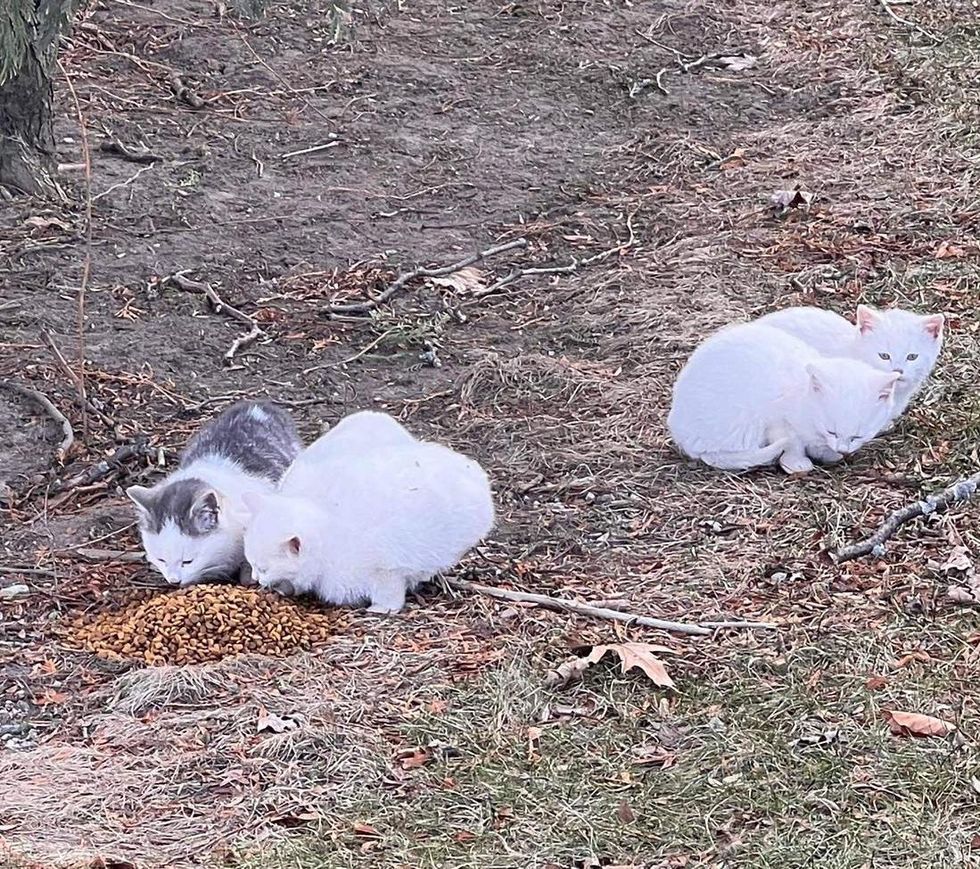 They were found running around behind a warehouseDorset Rescue Kittens

The cat mother, Coco, was estimated to be five years old. She was just skin and bones when she arrived along with her kittens.

“Coco spent her entire life on the streets as far as we know. We were worried that she was feral but that couldn’t be further from the truth.” 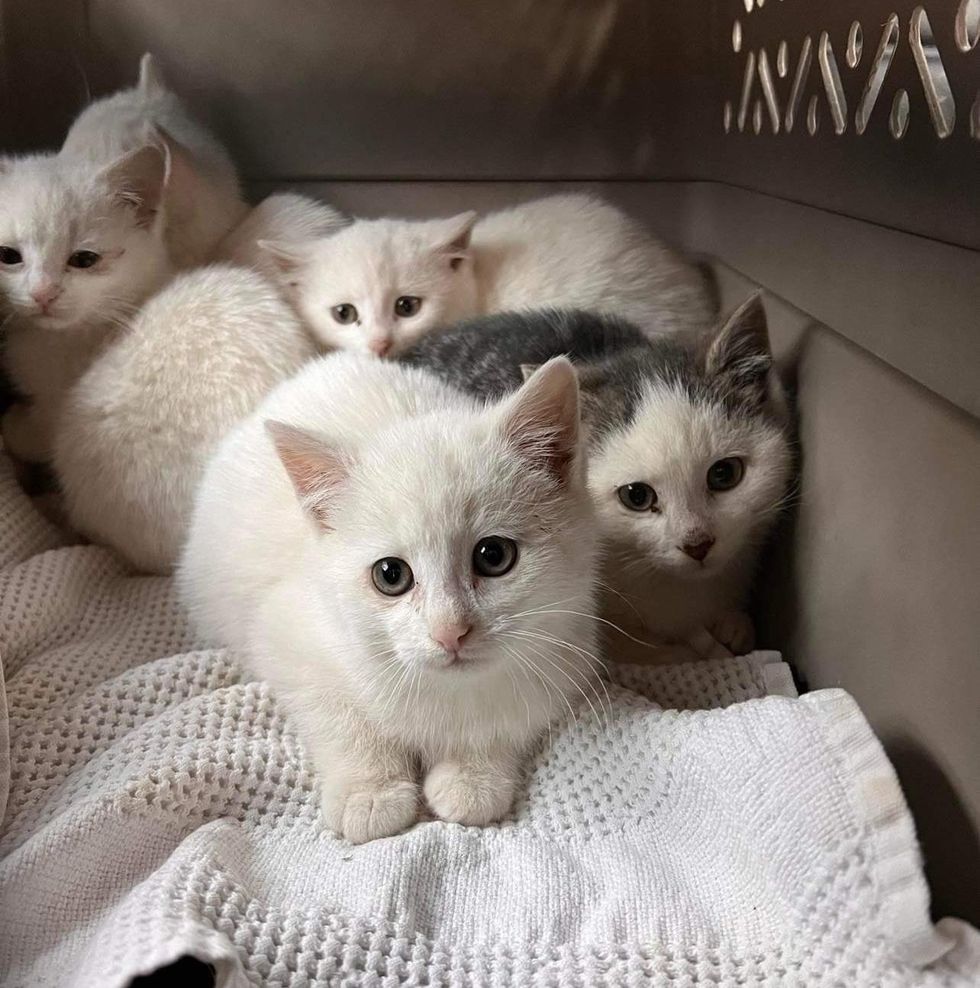 They were dirty, scrawny, and came with upper respiratory infections. “It was apparent that they had been eating leaves and grass since there wasn’t food readily available to them,” Cailey shared with Love Meow.

The kittens were very timid at first, but with Coco’s comforting and encouraging presence, they soon came out of their shells. Coco washed their faces and reassured them that they were safe. “She was leaning into love like she had been craving it her entire life.” 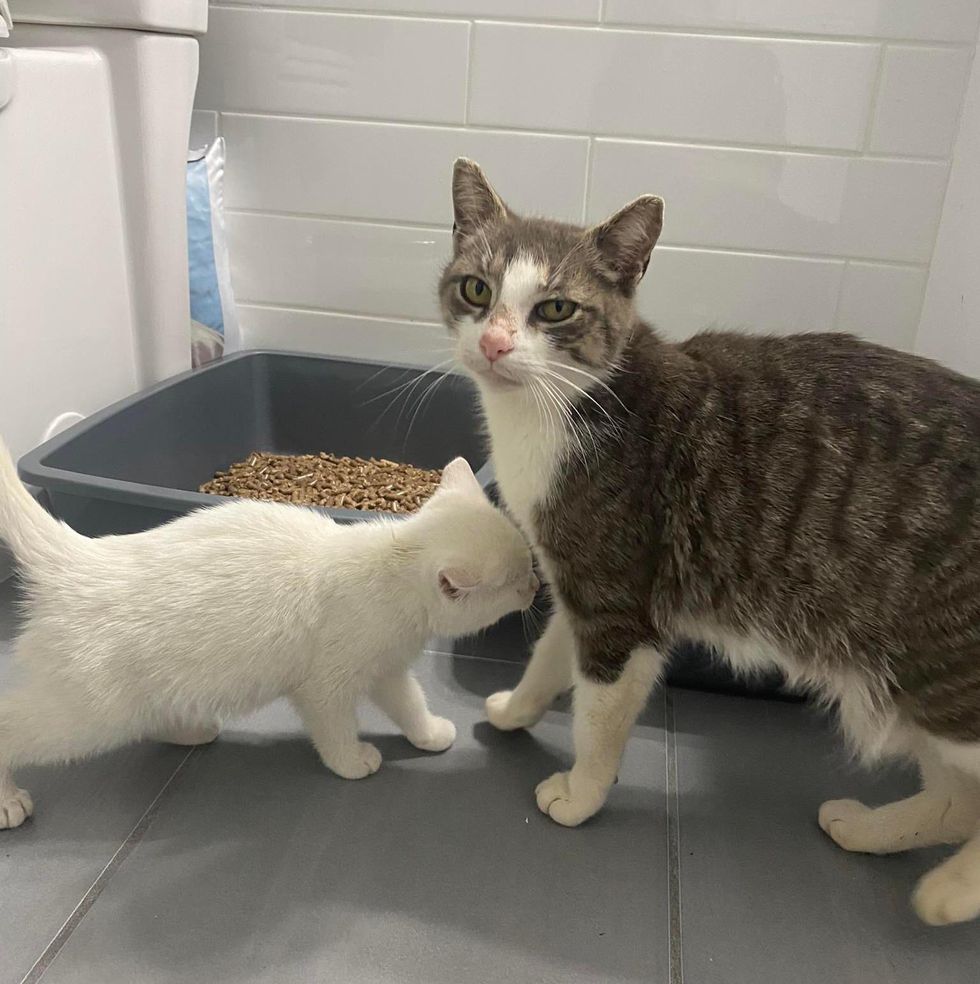 “Coco was so skinny I was shocked she even kept the babies alive till eight weeks, which was when we got them. We noticed that one of the babies, Chanel, was smaller and quieter than the rest.”

Chanel was the runt of the litter and needed extra time and attention with her mom. She was often found clinging to Coco, purring and kneading away. Despite being old enough to wean, Chanel would continue to nurse for extra comfort. 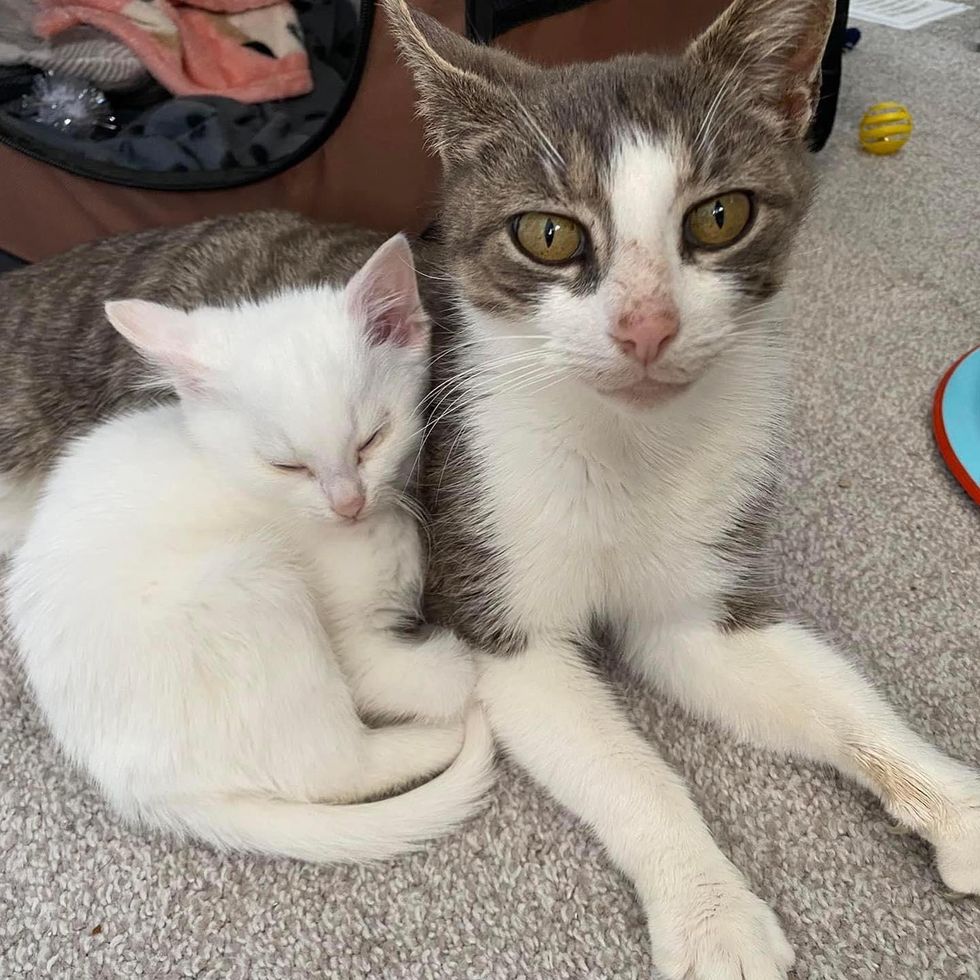 “We find that there is always one baby who needs their mama a little bit longer.”

While the other four kittens are ready to find homes in pairs, Chanel and Coco continue to be each other’s biggest support—they do everything together and are an inseparable duo. 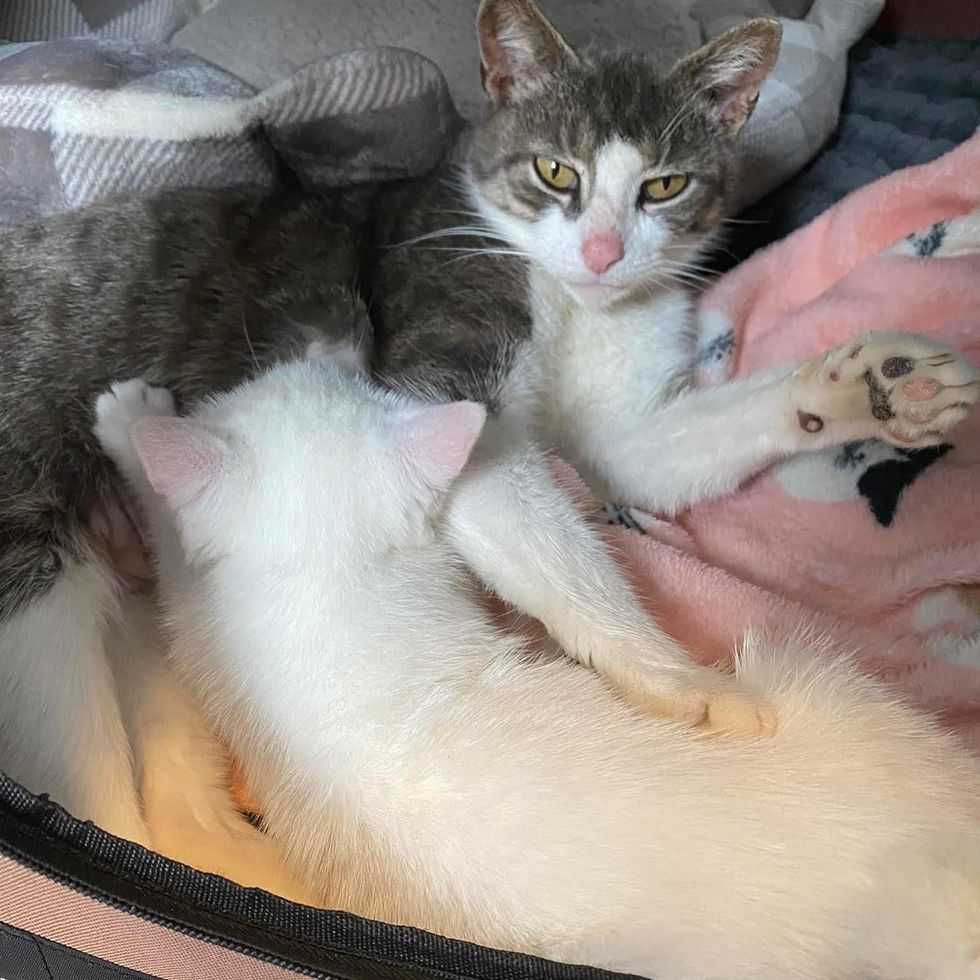 She needs extra comfort and time with her momDorset Rescue Kittens

“Mama Coco has finally started to understand the concept of a home. At first, she would only lay on the ground, never on a bed or a couch. She loves attention but didn’t know how to seek it out,” Cailey told Love Meow.

“She now looks for attention, lounges on beds and couches, and you can definitely tell that she never wants to go outside again.” 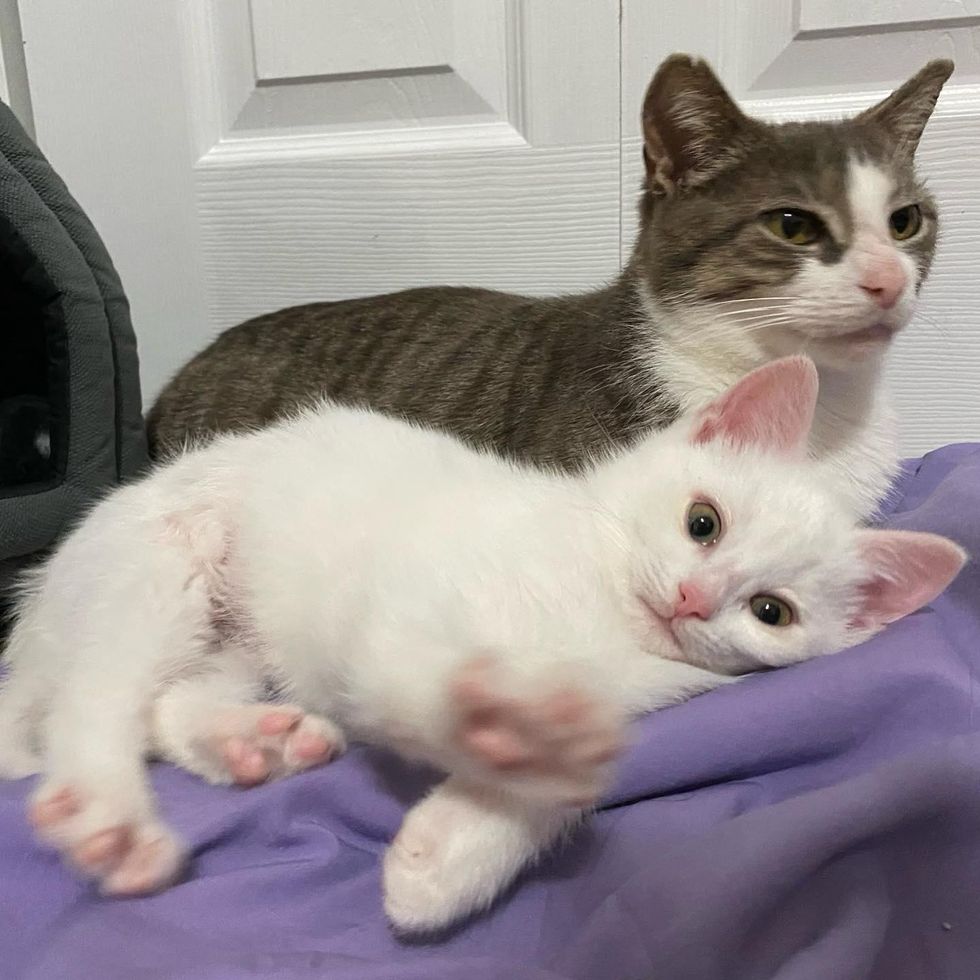 They do everything together, and are completely inseparableDorset Rescue Kittens

Baby Chanel is outgoing, curious and very adventurous. She keeps her mom on her toys and follows her everywhere around the house.

“Coco on the other hand prefers to kickback and relax. She enjoys love from humans, especially a good neck scratch and belly rub.” 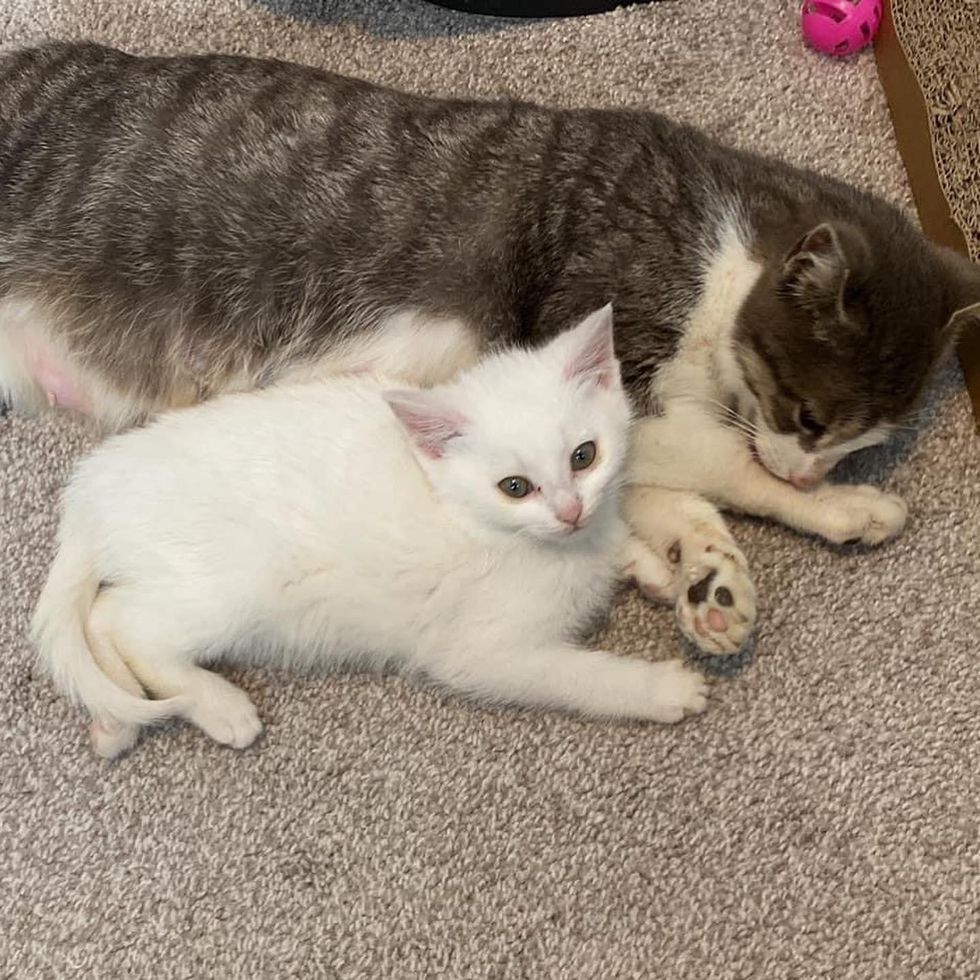 “She’s been a wonderfully attentive mom and dotes on Chanel. Chanel is often her mom’s mini shadow, but as she has grown, she has really opened up and has quite the personality,” Cailey shared.

“You can always find these two lovelies curled up next to each other or Chanel running about and mama Coco following right behind.” 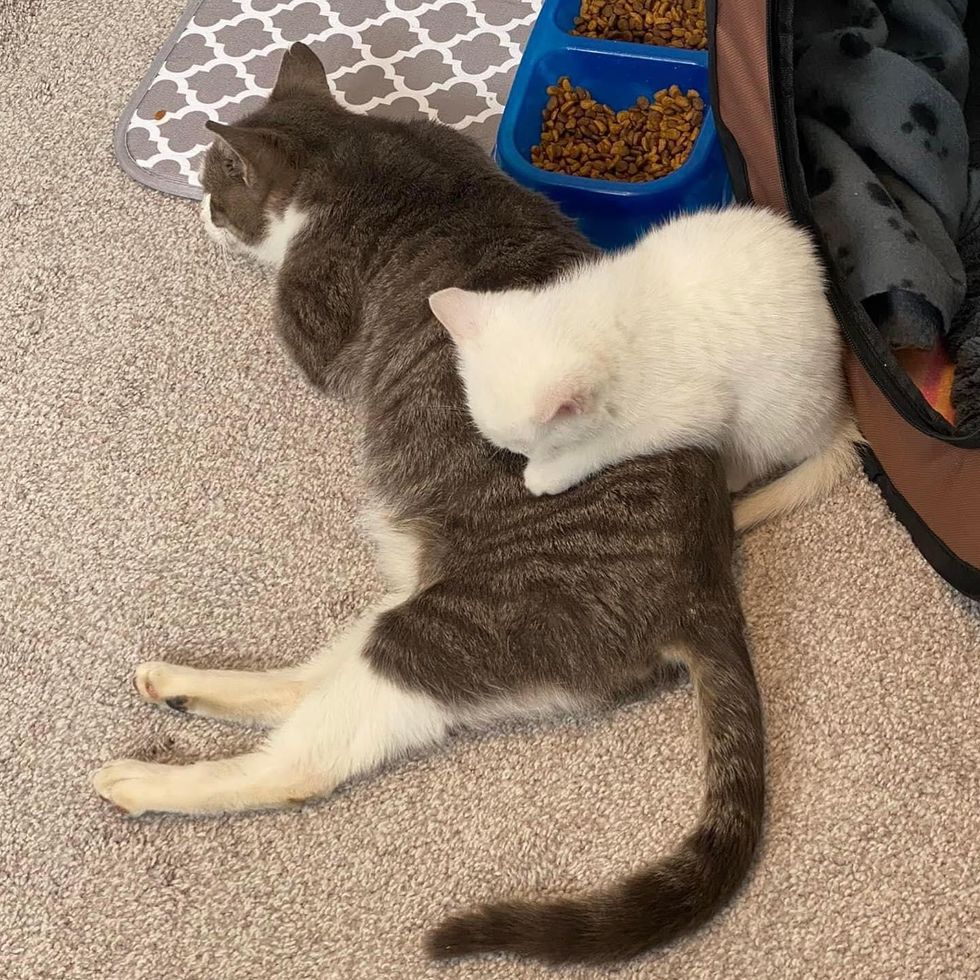 The mother and daughter are ready to find their happily-ever-after together. “They would do best in a quieter home where they are the center of attention.”

After wandering the streets her whole life, Coco is excited to spend the rest of her life with her precious baby Chanel in a place they both call home. 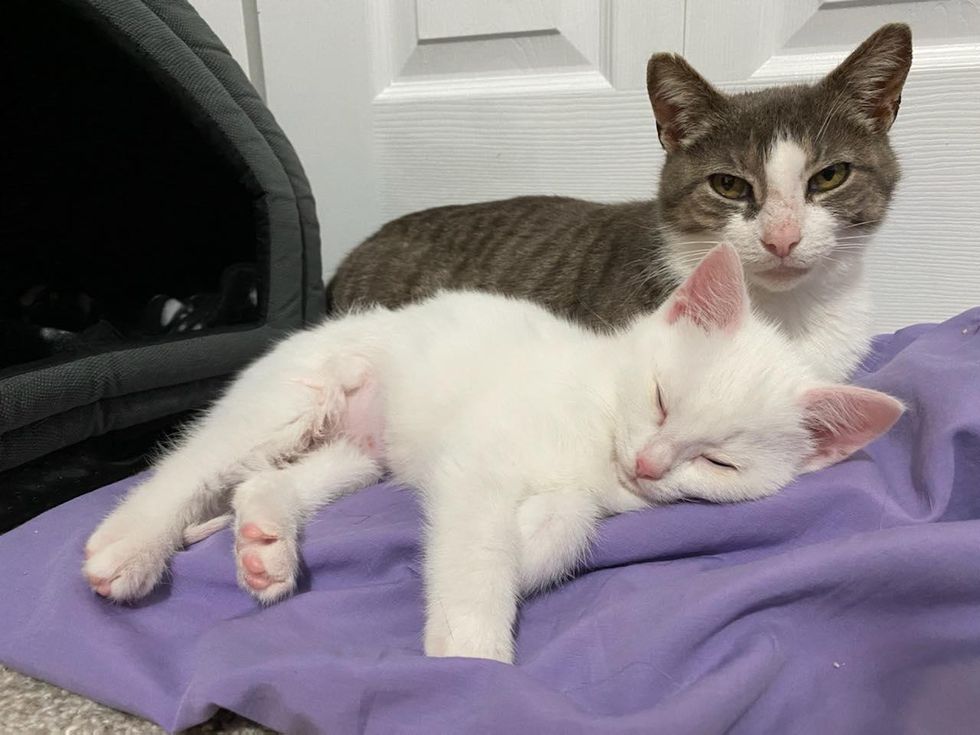