How did the Misters come into your life?

After 15 years of traveling with my two large dogs on the roads across the USA while living in and volunteering at government and private recreational parks, I developed health issues that forced me to leave my RV life behind! Just prior to my retirement, my two precious dogs had passed away within a year of each other and I was devastated by their loss and the loss of the lifestyle that I had grown into love. Luckily, I was able to move in with my daughter and her family in Round Rock, Texas. My daughter, who suffered from allergies to cats and therefore never being able to have one of her own, found out that she could be around kittens without being affected! She and her family had already been active in rescuing dogs, they had 11 at the time, but, decided to foster kittens during the 2020 kitten season for the very overrun Williamson County Animal Shelter.

Of course, I was there to help out, but, had resolutely declared that I didn’t want any more pets further stating that I would NEVER have a litter box, a long-haired, or a male cat!! Needless to say, that after about the 6th litter of foster kittens, my resolve was melting away! Also, during that time, we had decided, as a family, to move permanently to Cancun, Mexico! Misters Remy and Maddy were the last two foster kittens awaiting new homes before we left! My daughter decided that she was going to keep Mister Remy and bring him to Mexico, and, after very little thought, I decided that I couldn’t see the brothers split up so Mister Maddy became my kitty! The Misters stayed in my room with me in Mexico, litter box, long hair and all, and became such a bonded pair that I officially became the primary caretaker and mom to them both!!

How did you come up with their names?

I did not name any of the foster kittens we took in shoring up my resolve to not get attached!! But, my then 5-year-old grandson, Lincoln, lovingly renamed ALL the kittens as they cycled through our home! He gave Remy his name because he simply liked it! Maddy on the other hand was so named because he was, as described by my grandson, “always mad!” Lincoln has since declared that their official names are Remington and Madison! I added the Misters qualifier when addressing their errant behavior with a slight disapproving tone and, due to the regularity of said errant behavior, the title has stuck! 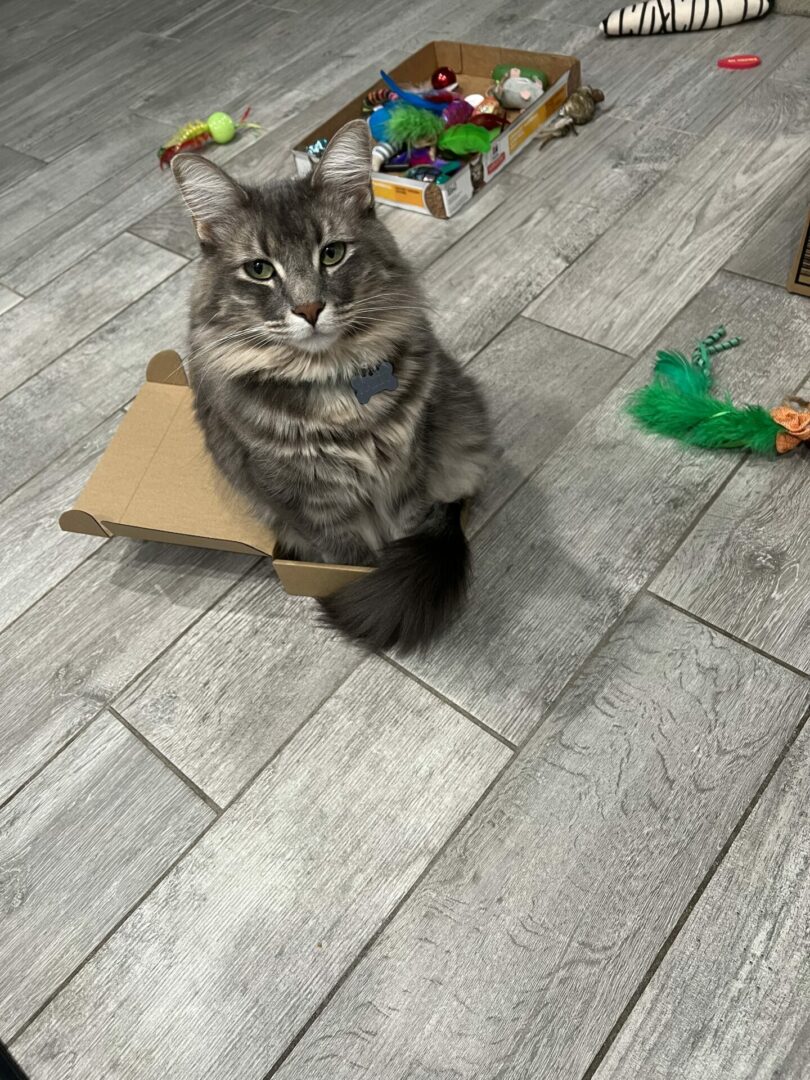 What is each of their personalities?

Mister Remy is the sweetest most affectionate big old ball of fur, a little aloof, but mostly regal in his mannerisms! He doesn’t walk around the house, he struts like a runway model! He acts disinterested in most of the daily goings-on in the house until the feather wand comes out, then, he’s all business and a quick study of where the feathers are going and how to best situate himself for a successful capture! He’s even figured out how to track the wand instead of the feathers for better accuracy! He’s also notorious for “plopping” over in front of you in order to get you to stop and pet him, a characteristic that has taken Mister Maddy a whole year to copy! Mister Remy doesn’t lower his standards for chattering, he merely lets out a dainty “mew” and expects immediate results!!

Mister Maddy, on the other hand, is a skinny fearless gangster wanna be!! Nothing escapes his attention and he is constantly on the lookout for an opportunity to prove his prowess, which usually ends up with a mess in his wake! He takes an interest in everything from imaginary bugs on the wall, bed making, my wreath making supplies, and taste testing of EVERYTHING! He always looks as if he’s the boss of the universe and that you should expect nothing less! He is very sensitive to touch, but, craves attention, which, if not attuned to his signals, can lead to a swift swipe of claws and a quick bite! I do forewarn visitors of his mixed messages about physical affection and most people are smitten by his disarming charm and become his victims! When he’s overly stimulated and tired, he still practices making biscuits on his special blanket before passing out! 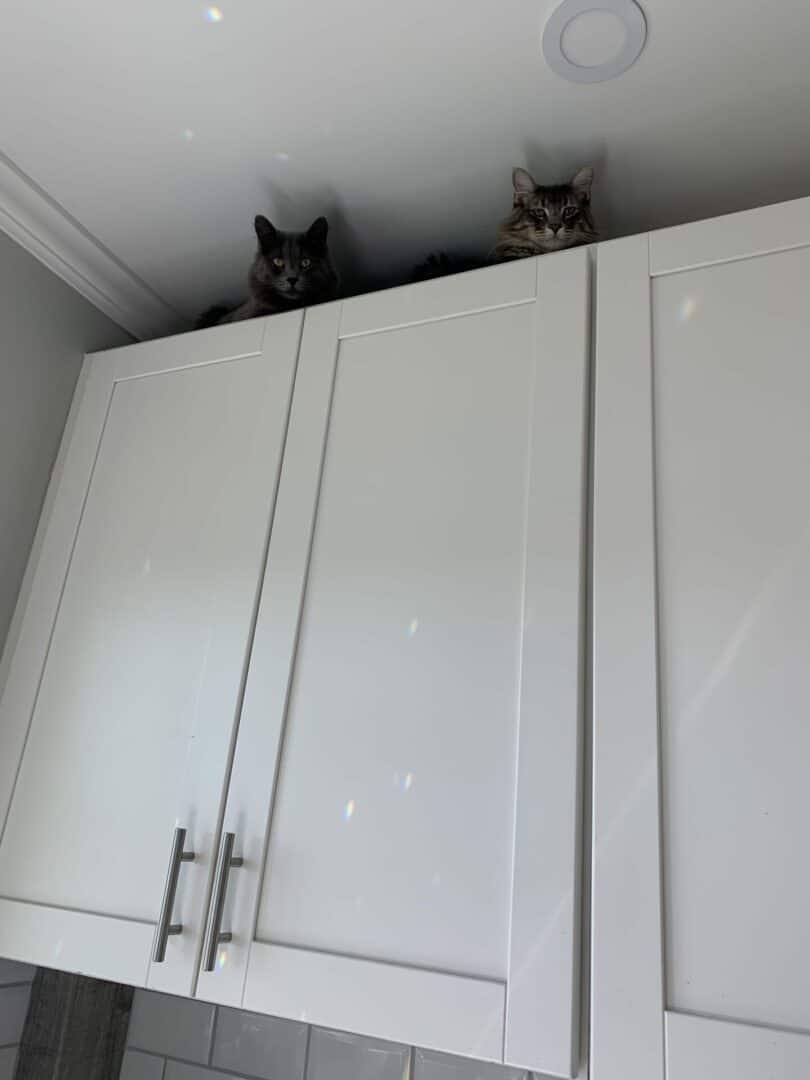 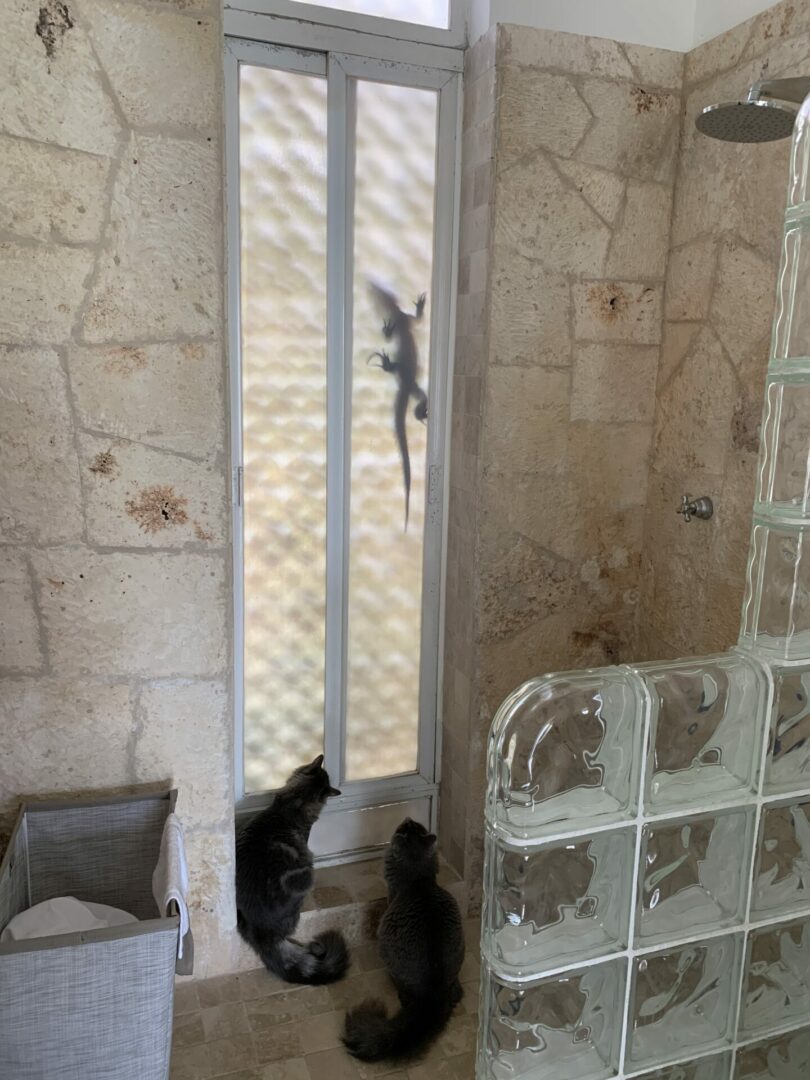