“Ever wonder why your cat prefers to drink out of your glass? Or from anywhere other than the water bowl next to his food? Instinctively, cats prefer to drink water that’s located away from their dead prey which, in nature, may contaminate their water with bacteria. To honor their survival instinct, separate their ‘dead prey’—which in this case is their store-bought food—from their water”.—Excerpt from Mieshelle Nagelschneider’s feline behavior science book, The Cat Whisperer.

MAny cat owners I have worked with over the last two decades have always been somewhat proud that their cats love drinking water out of the kitchen or bathroom faucet. “He must really be part wildcat to want that fresh running water!”, they tell me.

This could not be more accurate.

Incredibly, the genetic differences among African and European Wildcats and domestic cats are no greater than the difference between any two domestic cats. Domestic cats differ genetically from their Wildcat cousins ​​almost exclusively in hair color and, in some breeds, in a few other superficial physical differences that result from selective breeding.

I’m also told by cat owners that becoming a slave to their cat’s “faucet fetish” several times a day isn’t all that bad, but many are worried their cats may not be drinking enough water (or any water at all) when the cat is home alone, and no one is manning the “watering hole.” Some say their cats will go as far as completely ignoring their water bowl and wait until someone turns on the sink faucet.

Yes, cats love fresh, running water. They are intelligent creatures that possess evolution wildcat survival traits that include drinking clean water that is not contaminated with bacteria—hence the fresh running kitchen faucet water is probably safer than the stagnant water in their water bowl. This bacteria worry is especially prominent if the owner has located the cat’s water next to their food source. Again, this survival instinct in cats means they will innately think their water is contaminated with bacteria by their “dead prey,” which in this case is the cat food that was delivered by Amazon. 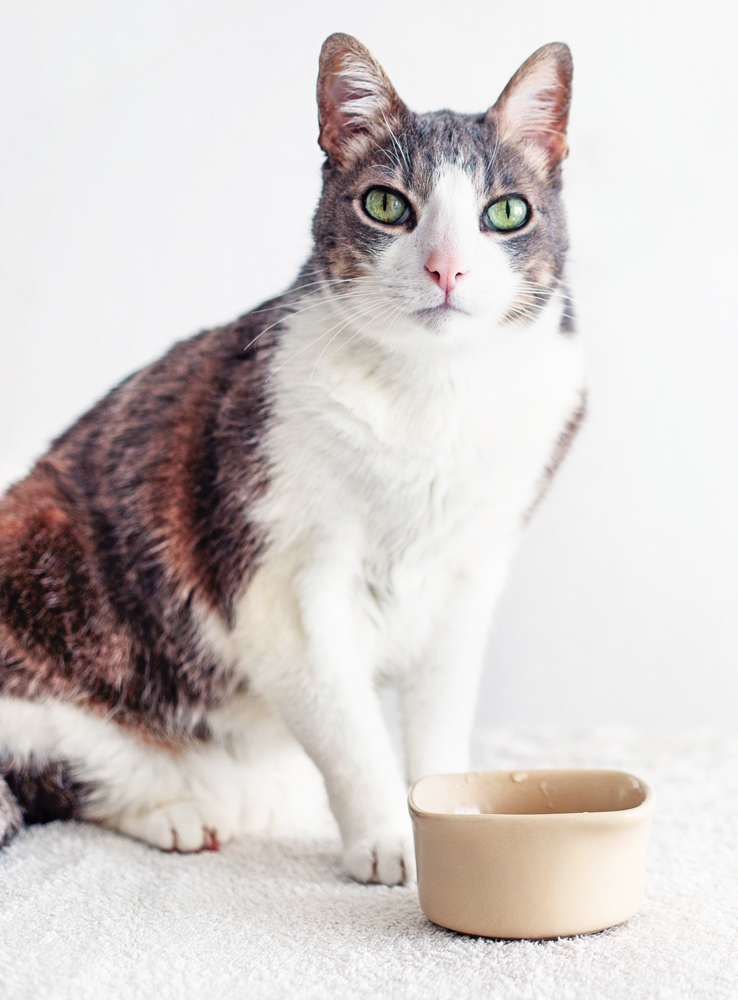 Cats will commonly search out clean and safe water resources which commonly include your glass of water (many cat owners have an “aha” moment right here), any sink or bathtub faucet in the home, the toilet, or the water on the shower floor .

A simple solution to all this, as with remedying so many other cat “behaviour issues,” is to provide for the cat’s instinctual needs. Ready? Move the water bowl away from the cat’s food bowl. Not just a few feet away (however, this would be better than nothing), but 10 feet away or more, or even against an opposite wall of the same room.

Try running a mini cat experiment by placing several water bowls filled to the brim with fresh water in different locations around your home and watch what happens. You will soon learn your cat’s favorite “watering holes” by paying attention to the water levels. I’ve seen many cats prefer a water bowl over a cat water fountain because the fountain was located next to the cat’s food area and the water bowl wasn’t. Cat owners have even come to believe their cats are afraid of the newly purchased water fountain when in all actuality, the cat just did not like its placement next to the food resource.

Multi-Cat Households: Other Advantages of Separating Food and Water Resources

Another way to avoid creating a water intake issue is to have multiple water stations for a multi-cat household instead of just one. Can you imagine the issues that might arise if seven human roommates were forced to share one water glass every day? Cats are territorial over resources to varying degrees and even more territorial than dogs because claiming important resources like food and water areas are how cats structure their social hierarchy.

“As with the food bowl, all it takes is one cat sitting next to the water bowl or on the pathway to it to intimidate another cat. So spread the water wealth.”—Excerpt from Mieshelle’s book, The Cat Whisperer.

If your cat already eats canned cat food every day, mix in a small amount of water into each meal. If your cat only eats dry food, speak to your veterinarian about adding canned food into his diet. There are important health benefits to not feeding your cat only dry cat food.

The next time you see your cat attempt to drink out of your water glass, you will now understand and hopefully appreciate the little “wildcat” that shares a home with you. 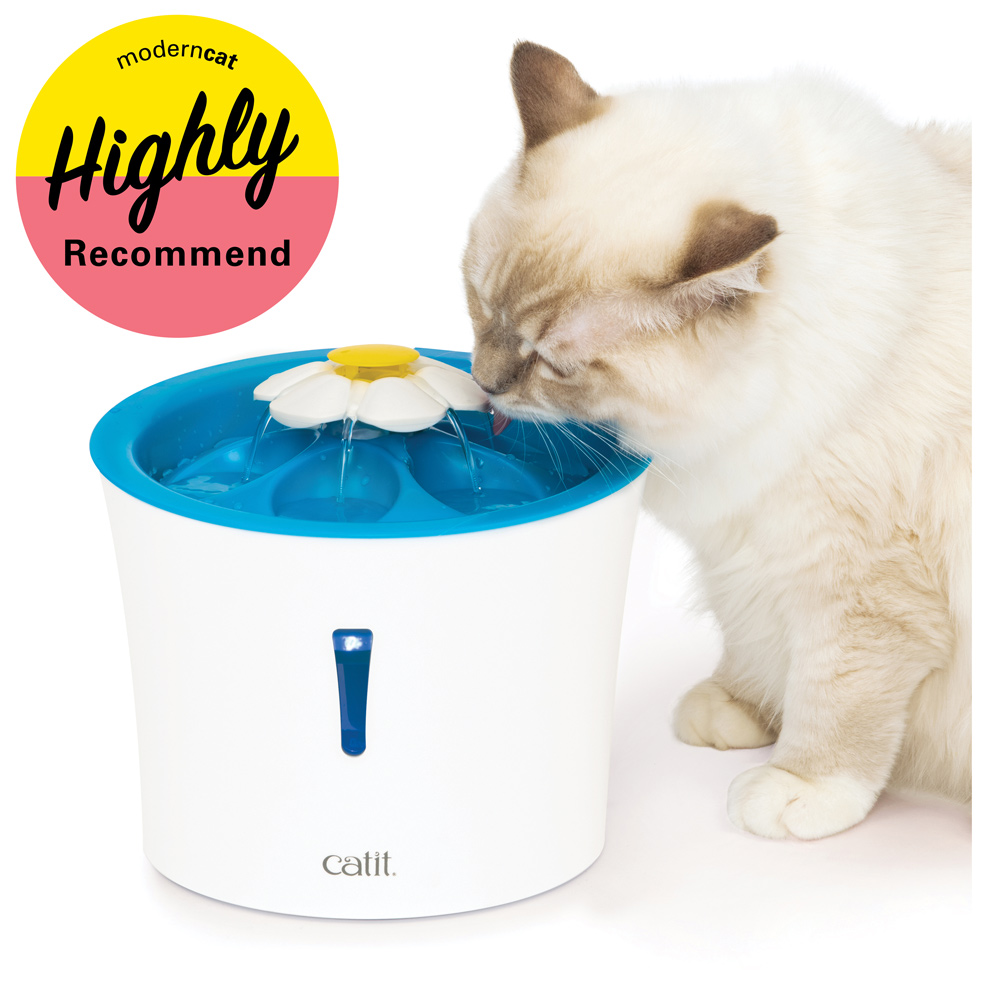 Staff favorite! Cats are naturally attracted to running water. The Catit LED Flower Fountain comes with a triple-action filter and the petal top allows your cat to drink even when the fountain is off! Beloved by staff cats Rosie and Nuit. ($38, catit.ca)