As curious cat lovers, we often wonder about the interesting behaviors that our feline friends exhibit. Of these behaviors, there are some that puzzle us extremely. Mother cats abandoning their kittens is certainly one of those odd cat behaviors that will make us wonder. There are old wives’ tales surrounding this, and domesticated mother cats behavior and feral cats will do this for different reasons. Keep reading to learn why mother cats abandon their kittens to hopefully help you better understand this often tragic behavior that can cut kittens’ lives far too short.

This reason why mother cats abandons their kittens is often most common, especially in situations where a mother cat abandons a kitten and cares for the remaining kittens. As sad as this is, remember that cats do everything based on their inherent survival instincts. And this is even if they are domesticated and spoiled to the highest degree. Cats are cats at their core, and a mother cat will often choose to reject a kitten that she feels has a low chance of survival. Thus, she relies on her feline intellect and allows nature to take its course.

Additionally, a mother cat will abandon their kitten if they feel it could jeopardize the health of the other kittens. Cats are wise enough to understand the spread of disease/infection, so a mother cat chooses to be diligent about the health and safety of her remaining kittens by rejecting a sick/deformed kitten. If you are caring for a mother cat and her kittens and you take notice of her rejecting one of her kittens, you must be swift in removing this kitten and caring for them. Leaving this rejected kitten in close proximity with the remaining kittens could result in a mama kitten abandoning her entire litter of kittens out of fear. 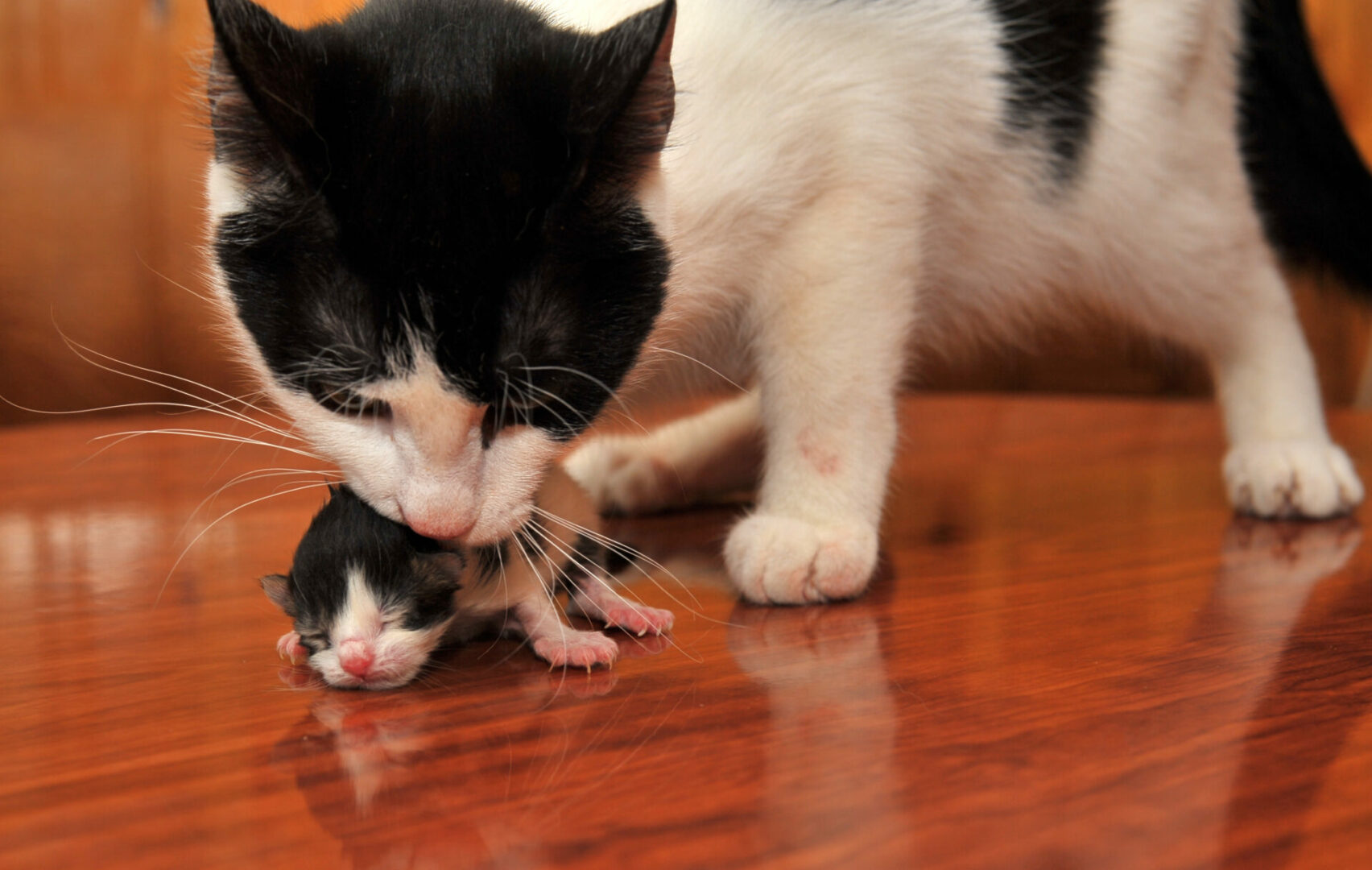 This is not always the case for young female cats, but it’s also not rare for a younger female cat to abandon her litter. Remember, motherhood is a challenge for any species on this Earth. Feline maternal skills come with age, and a young female cat that has given birth might be traumatized by this event, and in return, abandon their litter of kittens to disassociate from their trauma. In addition to this, there are some more mature female cats who simply aren’t maternal, and choose to abandon their cats because they do not feel an emotional bond to them.

Just as human mothers nursing their young can develop mastitis, so can cats. This nasty infection of the mammary glands is extremely painful, and cats associate pain with memory, so the thought of those kittens repeatedly causing her harm while nursing can be reason enough for her to reject them. A nursing cat who has mastitis will have hard swollen nipples that are hot to the touch. This occurs as a result of a blocked mammary duct, and while it will usually only occur in one to two teats, it can cause excruciating pain. And mama kitty will often not risk the pain to feed her young.

It is best for the kittens to be bottle-fed to ensure they receive proper nutrients in this situation. If you suspect that your nursing cat has developed mastitis, it’s important to seek veterinary care to quickly treat this very bacterial infection. If not, this sickness can worsen and cause your mama to become quite ill if left untreated. 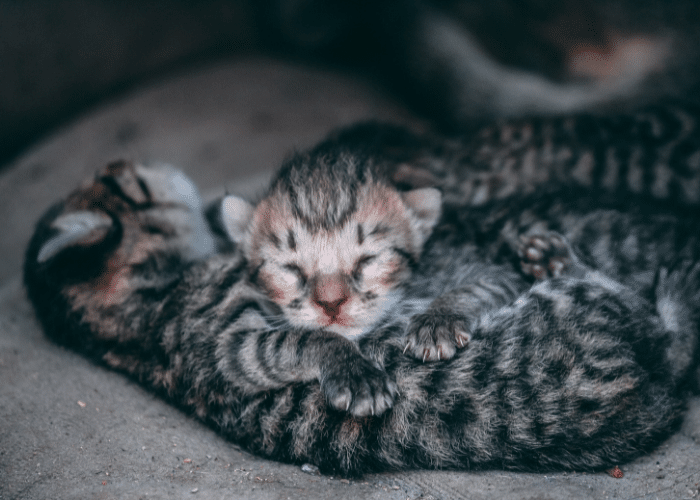 On average, most cats have six to eight teats; the average size for a litter of kittens is four. But, there can be circumstances in which a female cat can have up to twelve kittens at once. It doesn’t take a feline mathematician to create a sudden sense of urgency and fear in a cat’s mind when those two numbers don’t meet. This is why it is not uncommon for large litters of kittens to go abandoned. A mother cat could feel as if she doesn’t have the means to care for a litter this size and choose to abandon them as a means to let nature take its course.

Note: a mother cat will not abandon her kittens if they’ve been touched, regardless of this legend that has been told for centuries. Especially if the person who has touched the kittens is their caretaker, this smell will be familiar. 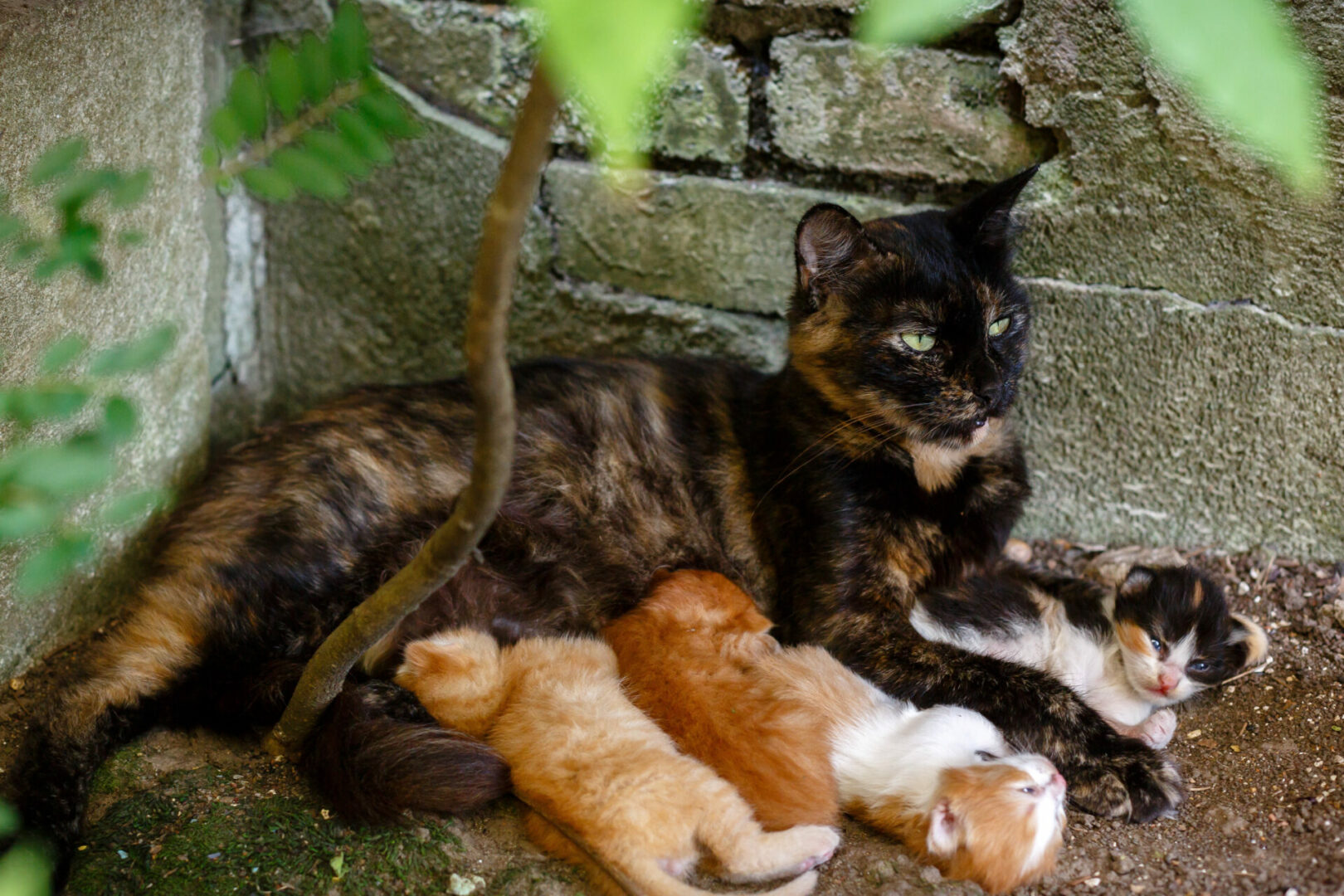 Why do feral cats abandon their kittens?

Similar to the survival instincts that I mentioned above, those survival instincts are always on guard when it comes to our feral cat friends. Feral cats already are naturally untrusting of just about everyone and everything, and oftentimes, a feral cat will abandon their kittens if they’re off in the search of food. This is similar to how other animal mothers in the wild leave their vulnerable young behind while they hunt. These hunting excursions will sometimes be extended should the mother cat be unsuccessful, putting the lives of the kittens in immediate danger due to predators and the risk of starvation. Or, they could be moving their young to a new nest location, and one could get lost along the way.

The very best way to prevent unwanted litters of kittens is to have your feline friends spayed and neutered. There are millions of kitties across the globe who don’t have loving humans to call theirs, and being proactive about spaying/neutering is a simple step to take that makes a huge impact on the lives of cats everywhere.

It’s important to know exactly what to do—as well as what not to do—should you encounter a stray kitten. Read this next article here on Cattitude Daily to discover exactly what steps to take to ensure their safety.