I think unless you just fell off the turnip truck, you’re well-aware of the “cat burglar” saying. We know that unsavory humans take to a life of thievery, but there are also real-life cats that give actual meaning to this term. Kylo, ​​AKA Pirate Kitty Kylo, ​​is one of those cats. But, thankfully for Kylo, ​​he landed himself a second forever home with a cat mom who is determined to keep him indoors where he is safe.

So, although this Australian cat burglar has made a name for himself on social media for his crazy cat antics, he’s learning to adjust to life on the safe side—and none of the neighbors will need to worry about random items going missing any longer either ! 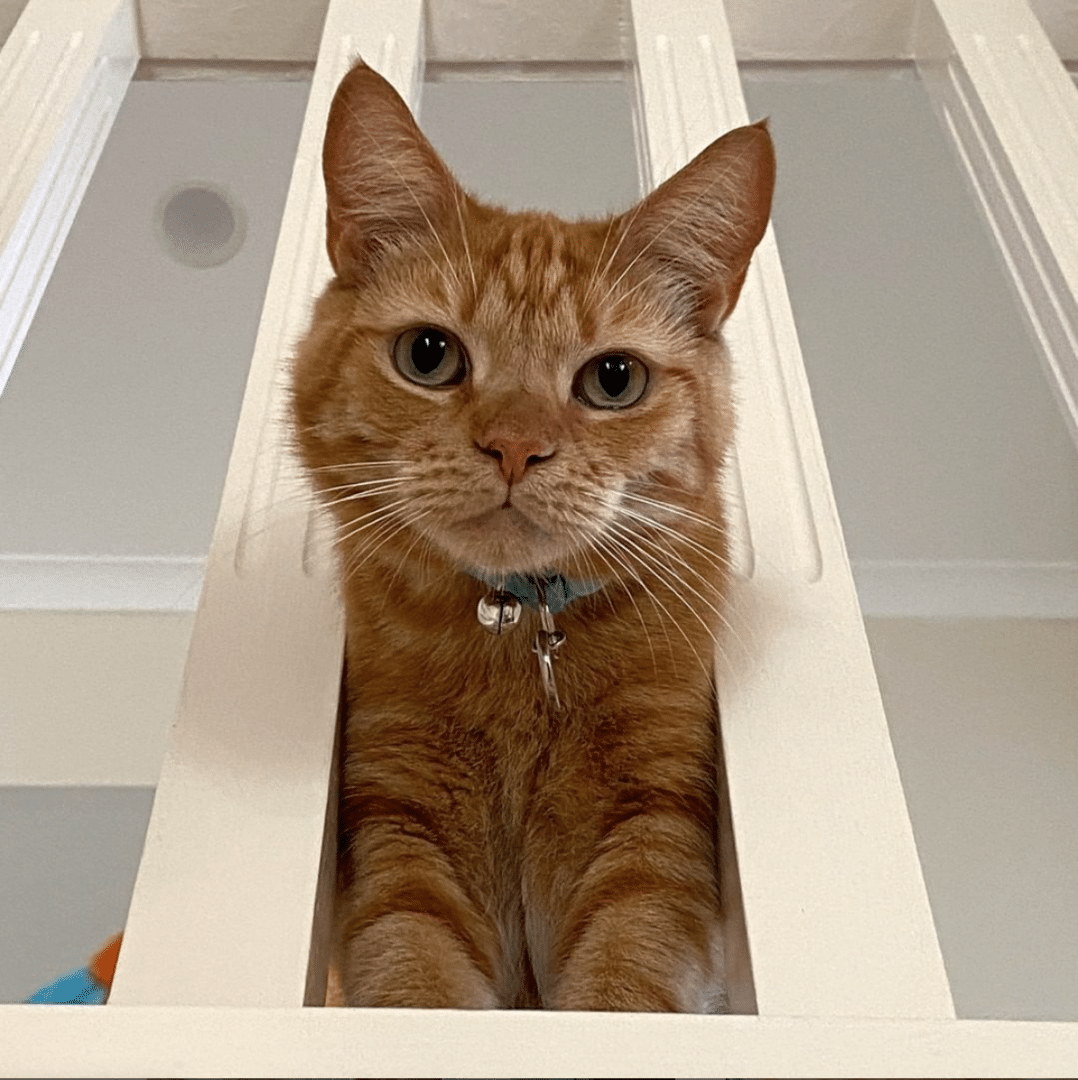 Kylo’s loving cat mom first caught wind of this felonious feline on a local North Brisbane Facebook group that she follows, where she and thousands of others keep up with the latest news in their specific area. There, she steadily followed the story of a ginger cat with a knack for stealing loot—and taking it wherever he pleased. Once his owners came forth and expressed their concern for their kitty, they tried their best to keep him indoors—even going to extravagant lengths. But, over time, they realized that rehoming him was best for all involved. And now, his second forever home is the purrfect place for him to thrive and be safe—although he might sometimes reminisce about his thieving days! 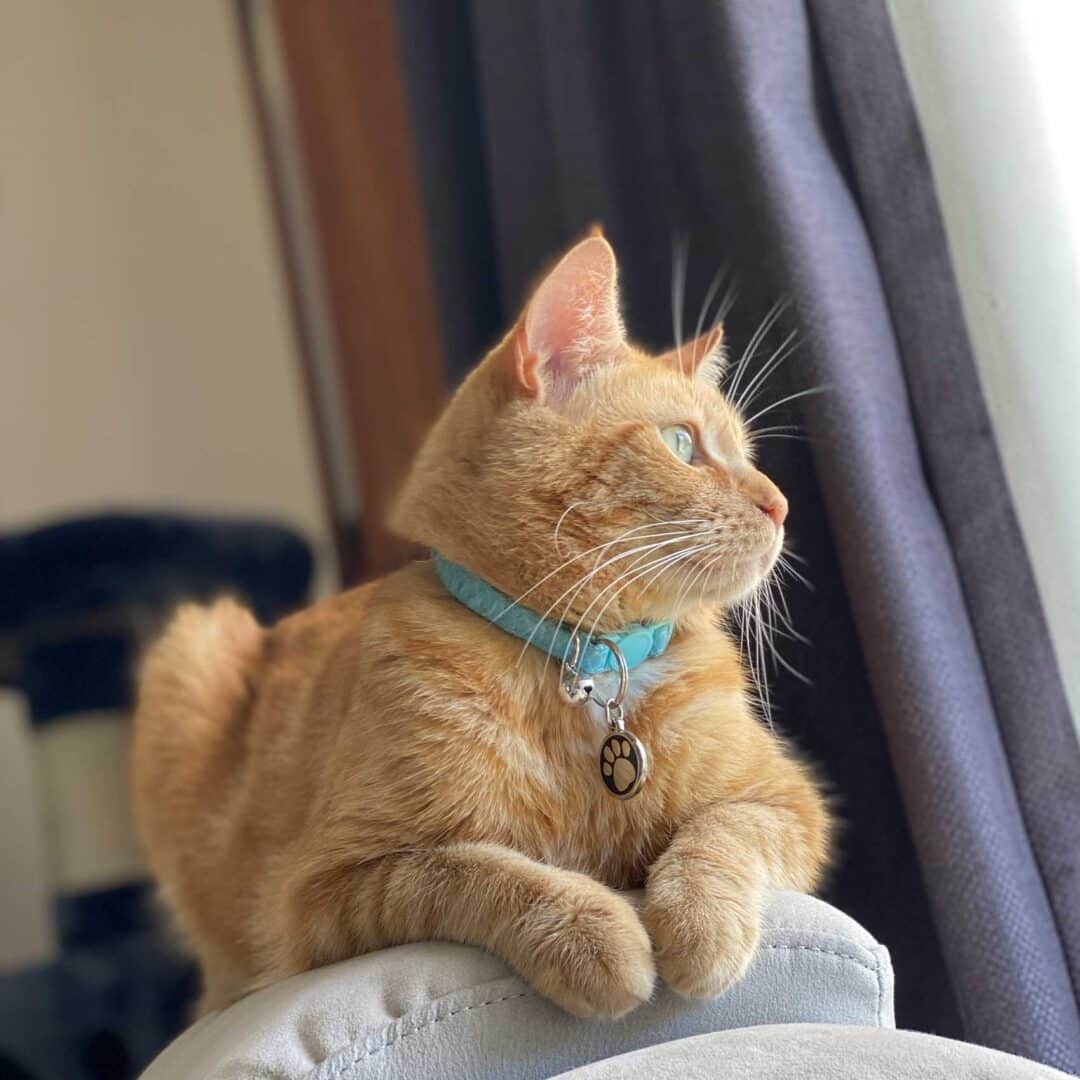 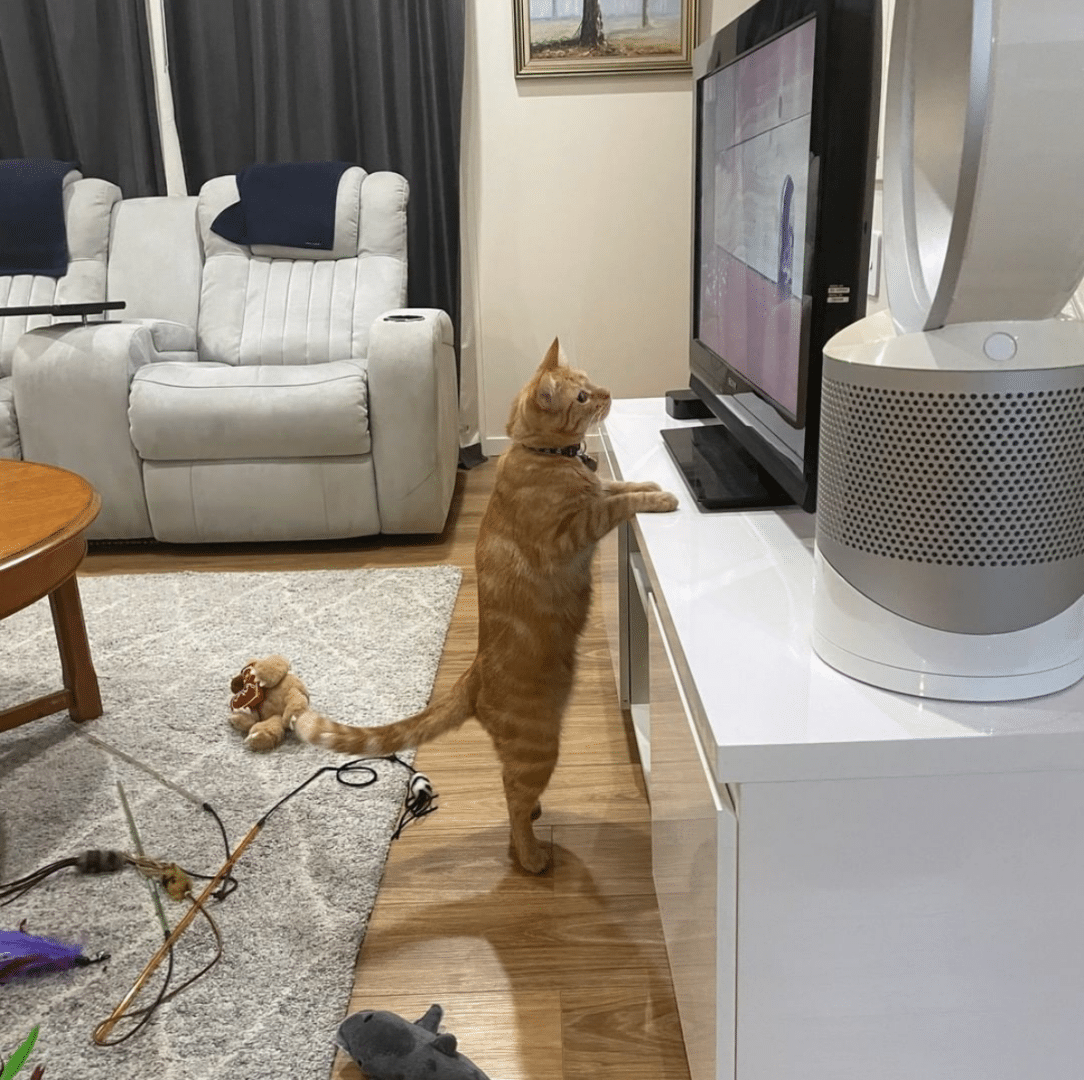 “Pirate Kitty Kylo is a cat burglar who has traded in his life of crime to move in with a geeky family in suburban north Brisbane, Australia. While he may now be a fully indoor cat, he hasn’t totally given up his pirating ways.”

How did Kylo get his name?

His original name was Johnny. But cats are quirky. We tried calling him by his official name when he moved in, but he studiously ignored us every time we called his name.

This cat wanted a new name. So, my daughters and I sat with name books to try and find his new name.

We tried the obvious – Pirate Kitty and Captain Jack (from Doctor Who and not the Pirates of the Caribbean). No response. We then worked through all the Weasleys and every ginger-headed character we knew. Nothing.

Finally, we resorted to Star Wars. The second we called out Kylo, ​​his ears pricked up, and he ran towards us, chirruping. We walked away and called out, “Kylo!” Again, he ran towards us. So, Pirate Kitty Kylo he became, and he happily became a fully indoor kitty. 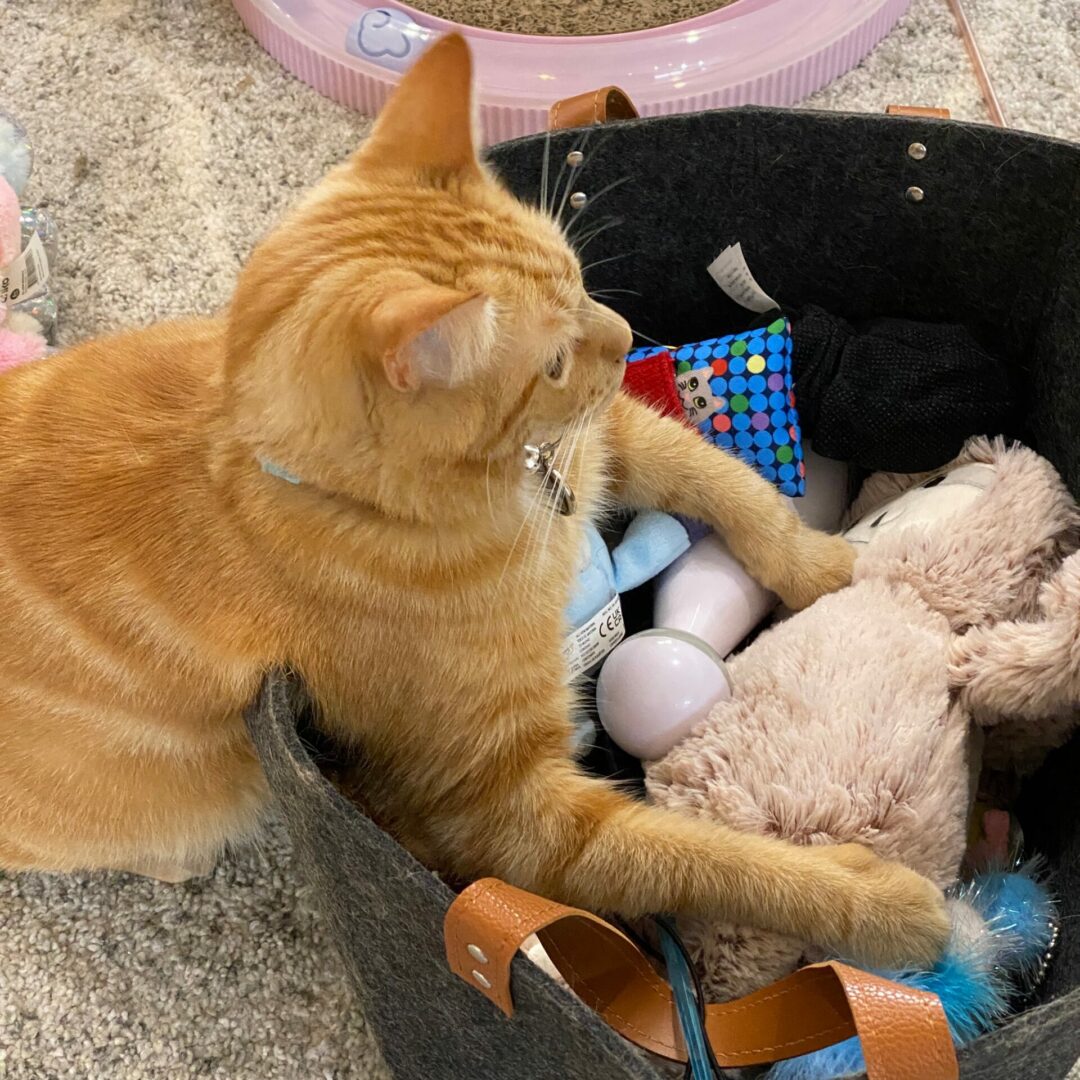 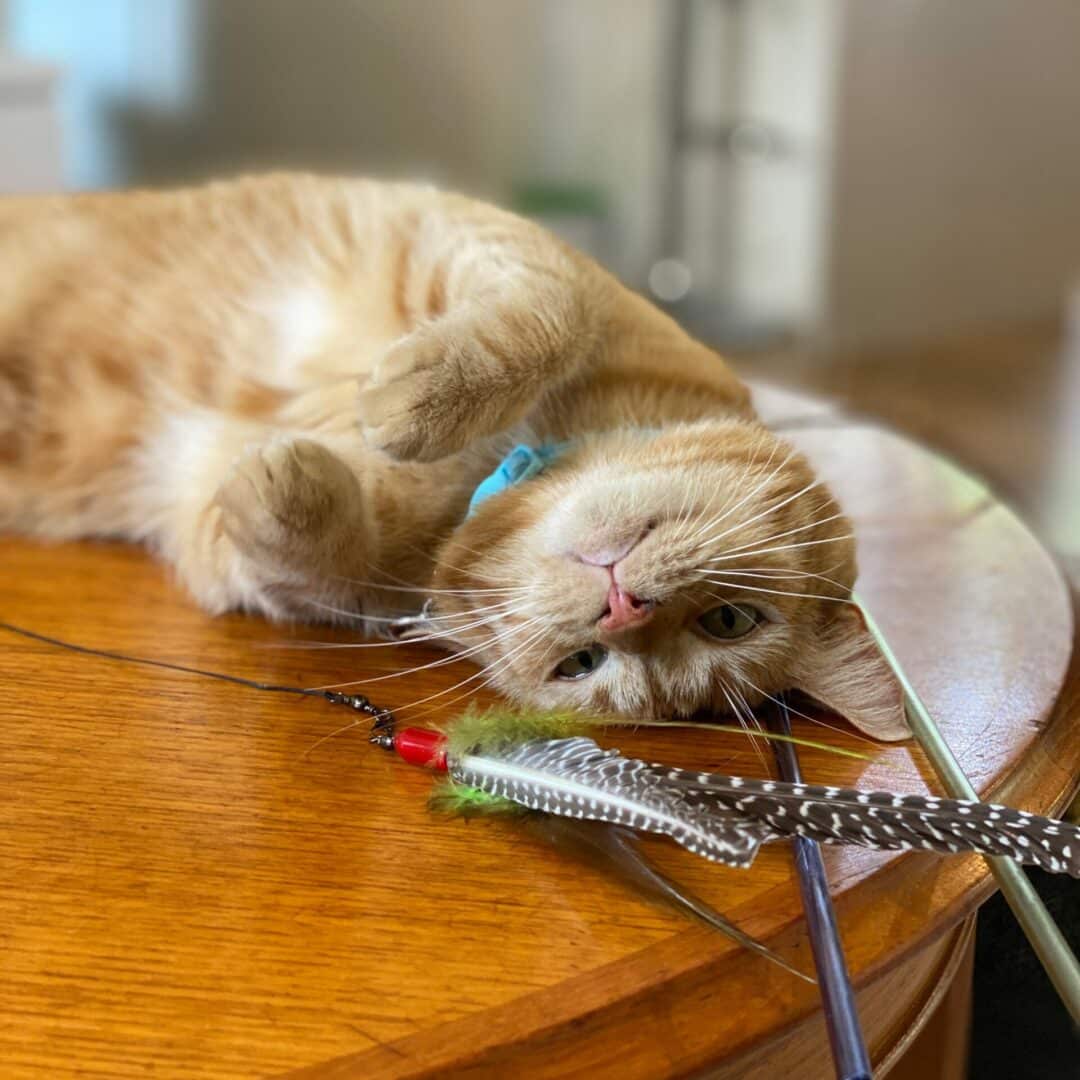 Kylo’s personality is that of an inquisitive toddler. He always wants to know what is going on and to be in the middle of everything. He is constantly curious and on the go. I usually describe him as a toddler permanently hyped on red cordial. As a cat, he is also quite independent. He is not a fan of being picked up to cuddle and will give you a quick smooch before wanting to get down. However, when he initiates a cuddle you need to settle in for a LONG time.

How is he adjusting to life on the inside?

We followed the Jackson Galaxy process of getting him to integrate with our house and family – starting him in one room (his home base) with only short explorations out of the room each day when we swapped him for his brother cat. After his brother cat passed a few weeks after Kylo joined us, Kylo then had a full run of the house. We were expecting lots of escape attempts, but so far he has shown no interest to make a dash for the door. 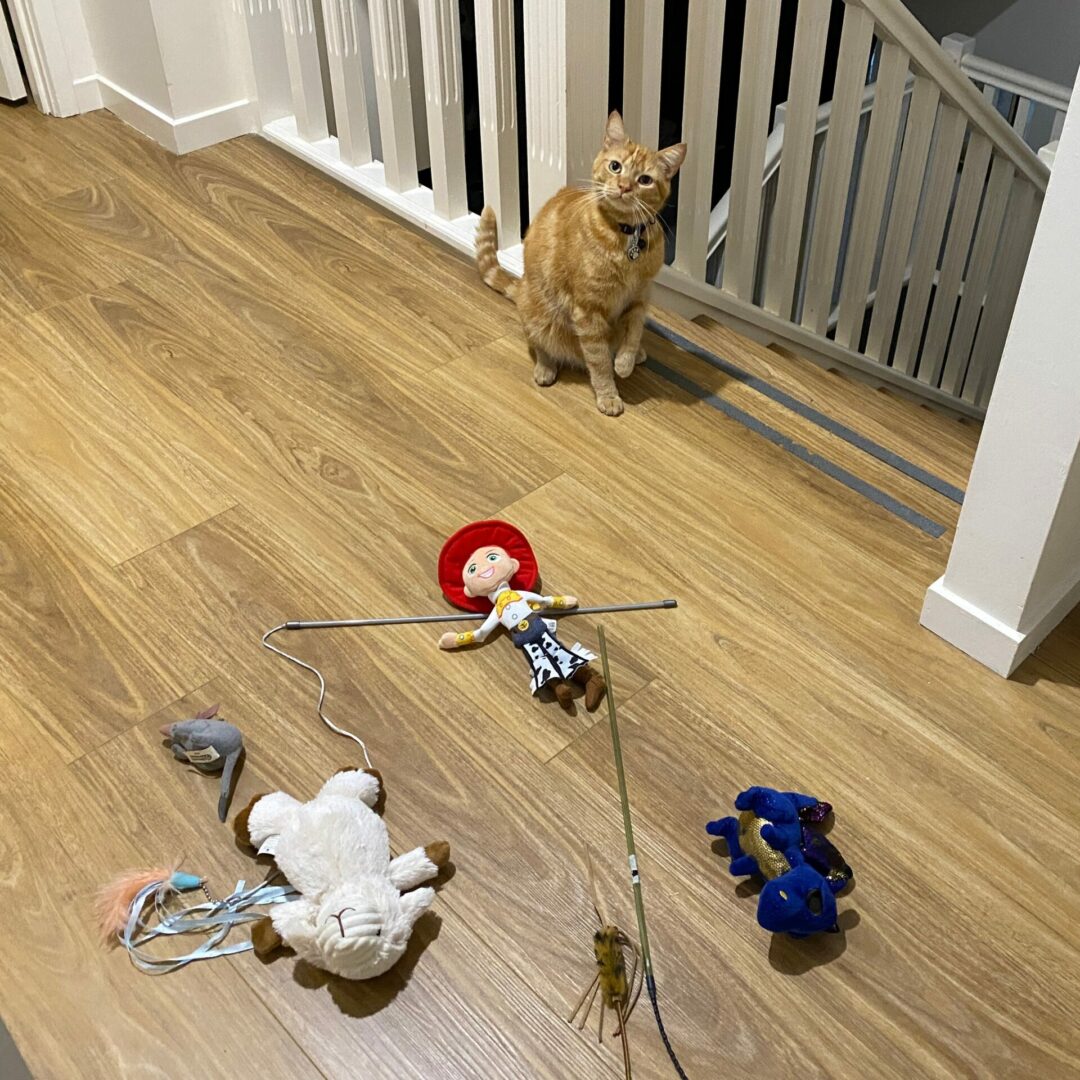 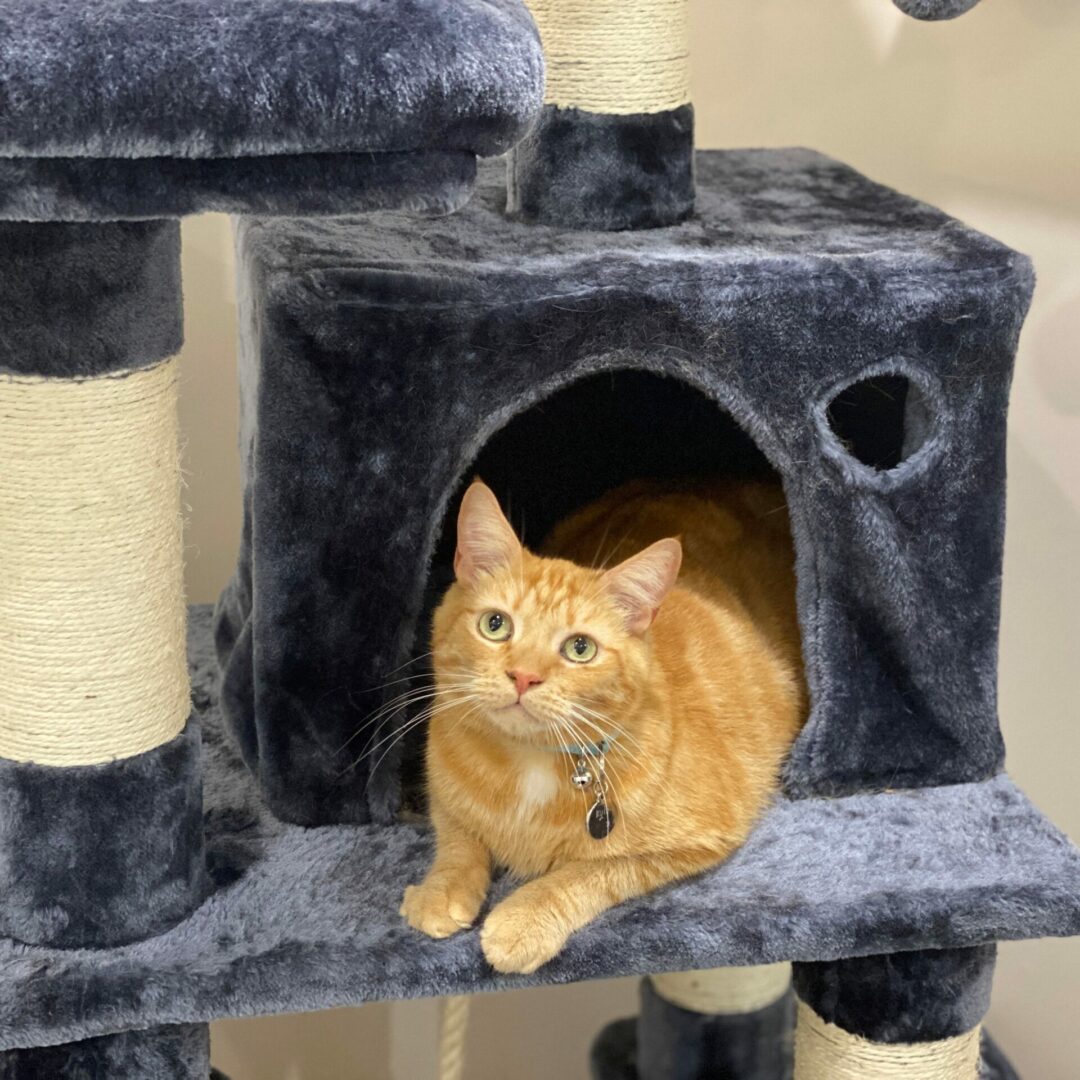 Does he have any other cat or dog housemates at home?

Kylo had a cat brother, Snoopy, when he first joined our home. Snoopy was 18 and had been battling a thyroid condition for about 18 months that was quite well managed through specially compounded medicine from our Vet. Unfortunately, he developed cancer just before Kylo joined us, and passed about 3 weeks after Kylo arrived. We currently don’t have any other cats or dogs. (Our two geriatric rescue dogs passed about a year before Kylo arrived, and another geriatric cat we had also passed about 6 months before Kylo). It has been a tough few years!

What are his favorite hobbies? (aside from thieving!)

Kylo’s favorite game is playing swishy sticks with his humans. He adores them and will drag them around the house to his humans day or night to get us to play with him. He has also recently discovered games for cats on the iPad and YouTube videos with mice in them. He now thinks all tech (phones, computers, and TVs) permanently have mice in them that need to be caught. Finally, Kylo loves crashing Zoom meetings and seems to know when any of his humans (who all mainly work from home as we are all in IT-related disciplines) are on a Zoom call. 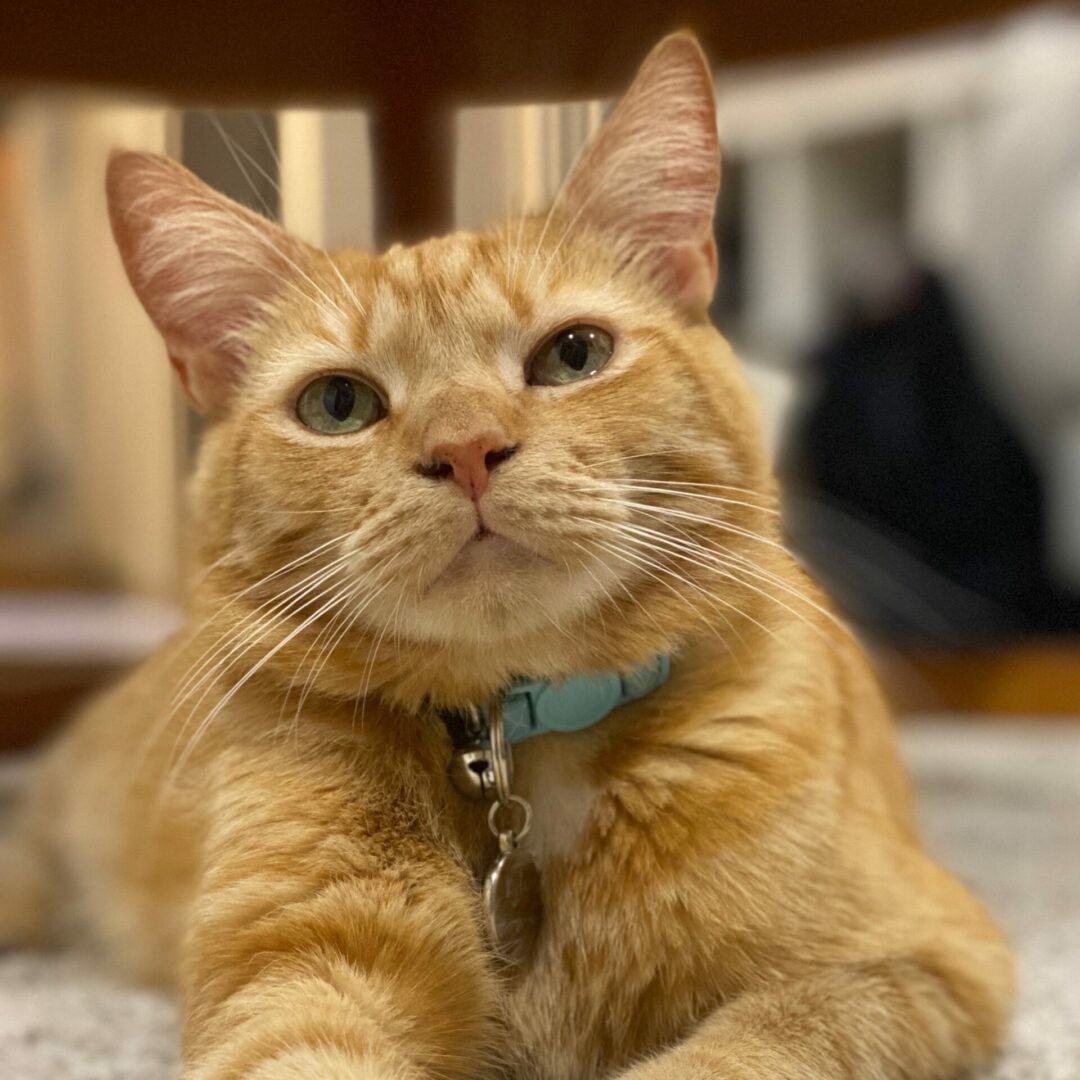 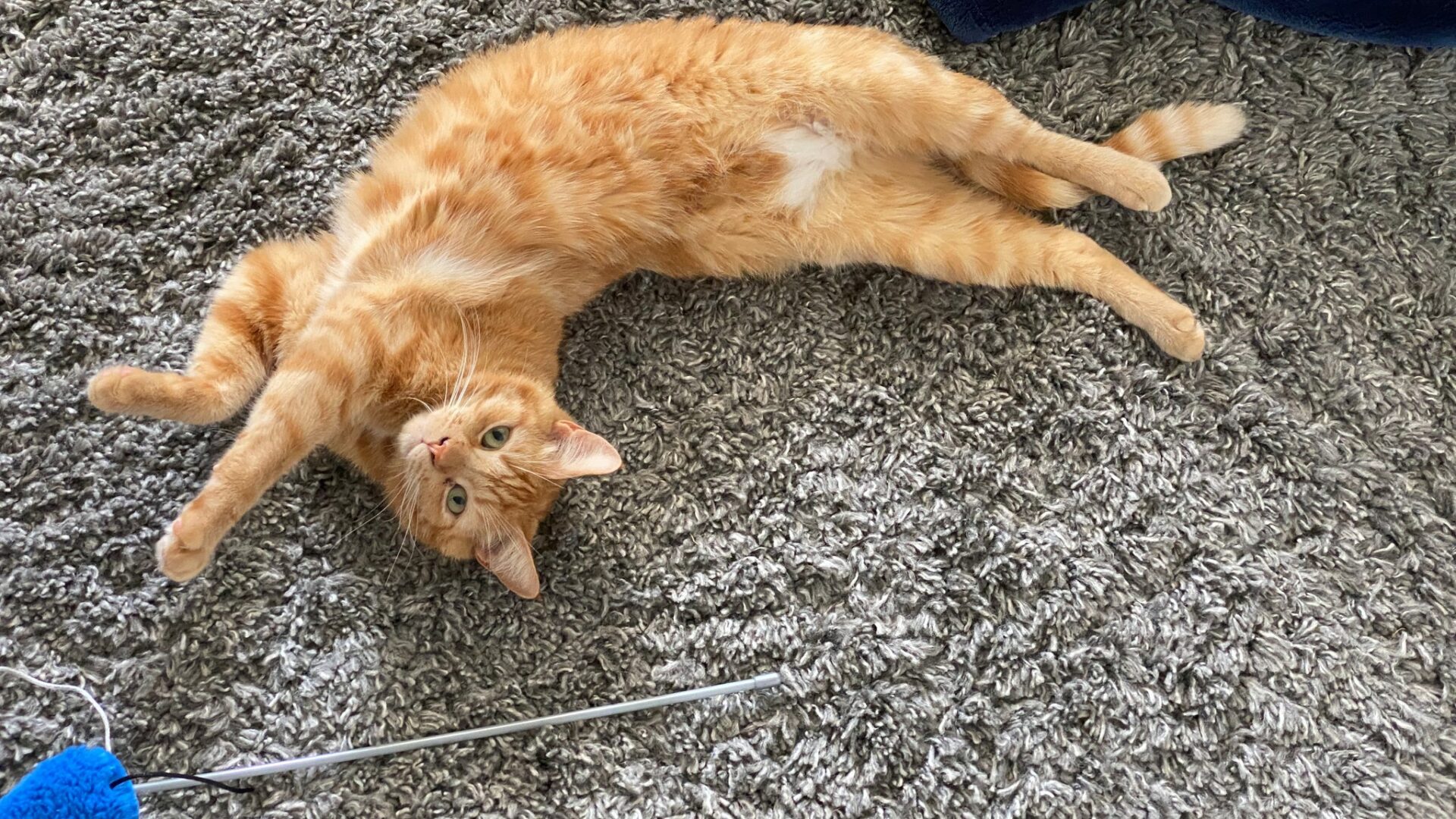 What’s something special you’d like people to know about Kylo?

Kylo was initially a rescue cat from the RSPCA. Like many rescue cats, he had a bout of cat flu as a kitten. The form he had means he will get flare-ups throughout his life which is potentially transferable to other cats. He also is a bit of a “snuffle cat” where the cat flu damaged some of his nasal membranes which means he tends to regularly have a bit of mucus. It is all managed through supplements and regular vet care.

I’d like to give a special “thank you” to Kylo’s proud cat mom, Ingrid Moyle, for allowing me to share his story and images with all of the Cattitude Daily readers. For more on this real-life cat burglar, check him out on Facebook and Instagram. 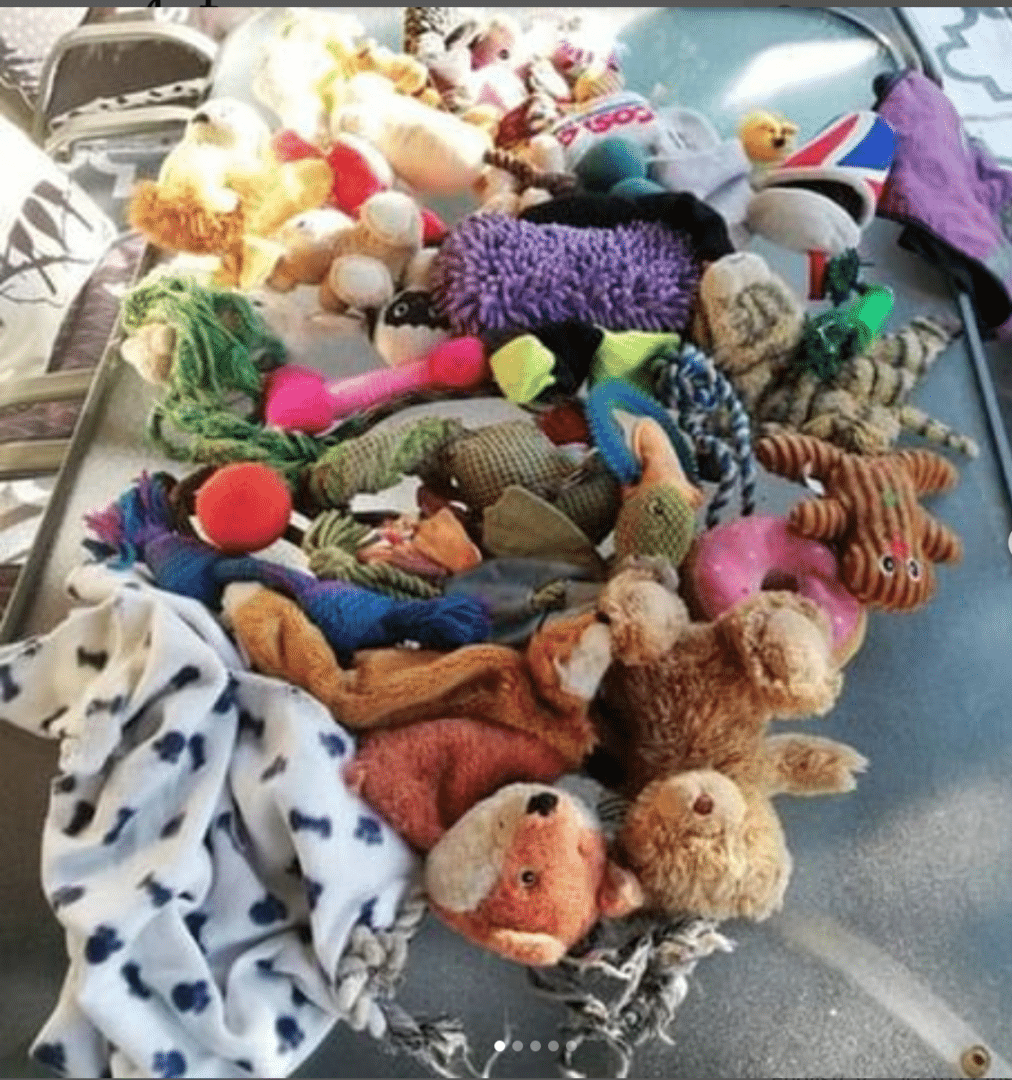 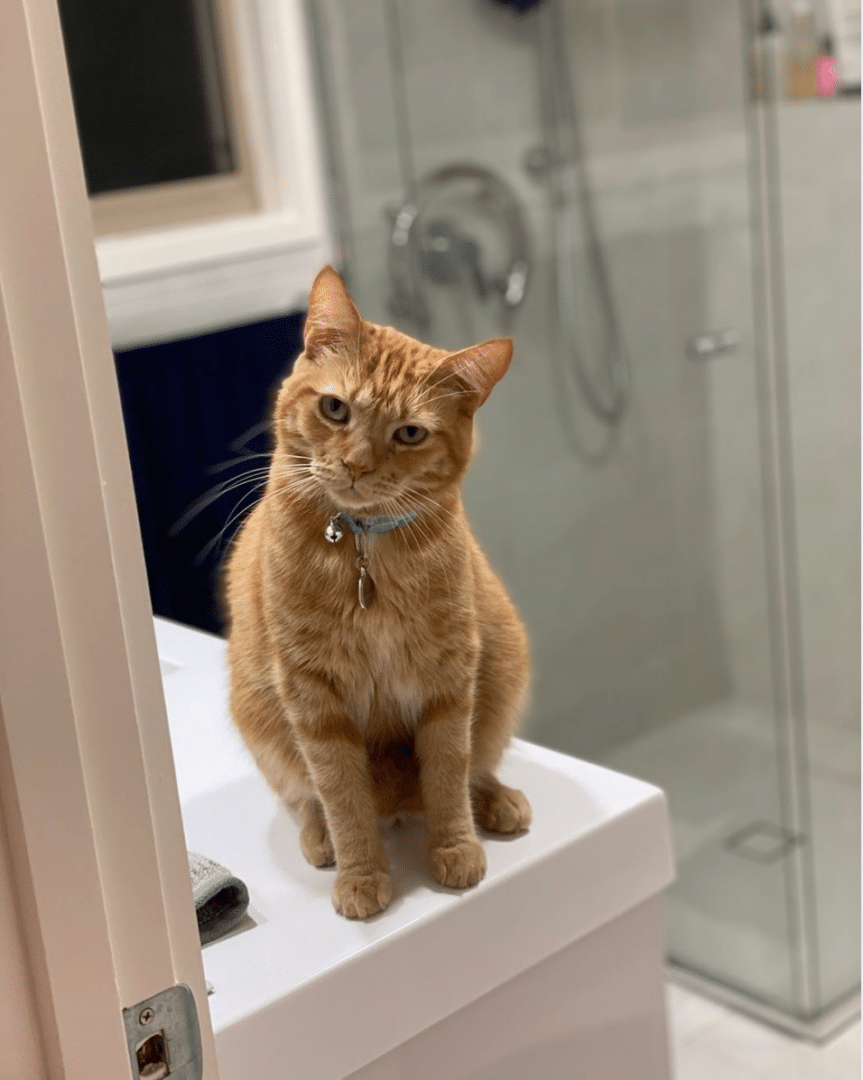 All Images Courtesy of Pirate Kitty Kylo on Facebook