“Putin would not have been able to stay in power that long if he had said something bad about cats.

A group of middle-aged and elderly women (ie ladies just like me) looked up in adoration at the tall 39-year-old Ramil who arrived in their Moscow suburb with several crowbars and a circular saw.

Ramil, who asked his last name not be published for security reasons, is not a builder, but a volunteer making rounds to rescue cats trapped in the basements of Soviet-era blocks of flats which often serve as the only shelter for stray cats in winter’s cold.

Russia is the world leader in cat ownership. And no, that’s not an early April Fools joke. A 2016 poll showed that 57 per cent of households have at least one cat. WOO HOO!

That said, Russians have only recently been waking up to the reality of stray cats, estimated at hundreds of thousands in Moscow alone, who badly need shelter as temperatures in the capital typically stay zero for the most of below the winter.

In a major victory for cat lovers, Moscow’s this autumn secured a decree by a deputy mayor, ordering all apartment buildings to provide an unfettered access to basement vents for “small pets” and threatening with sanctions for non-compliance. 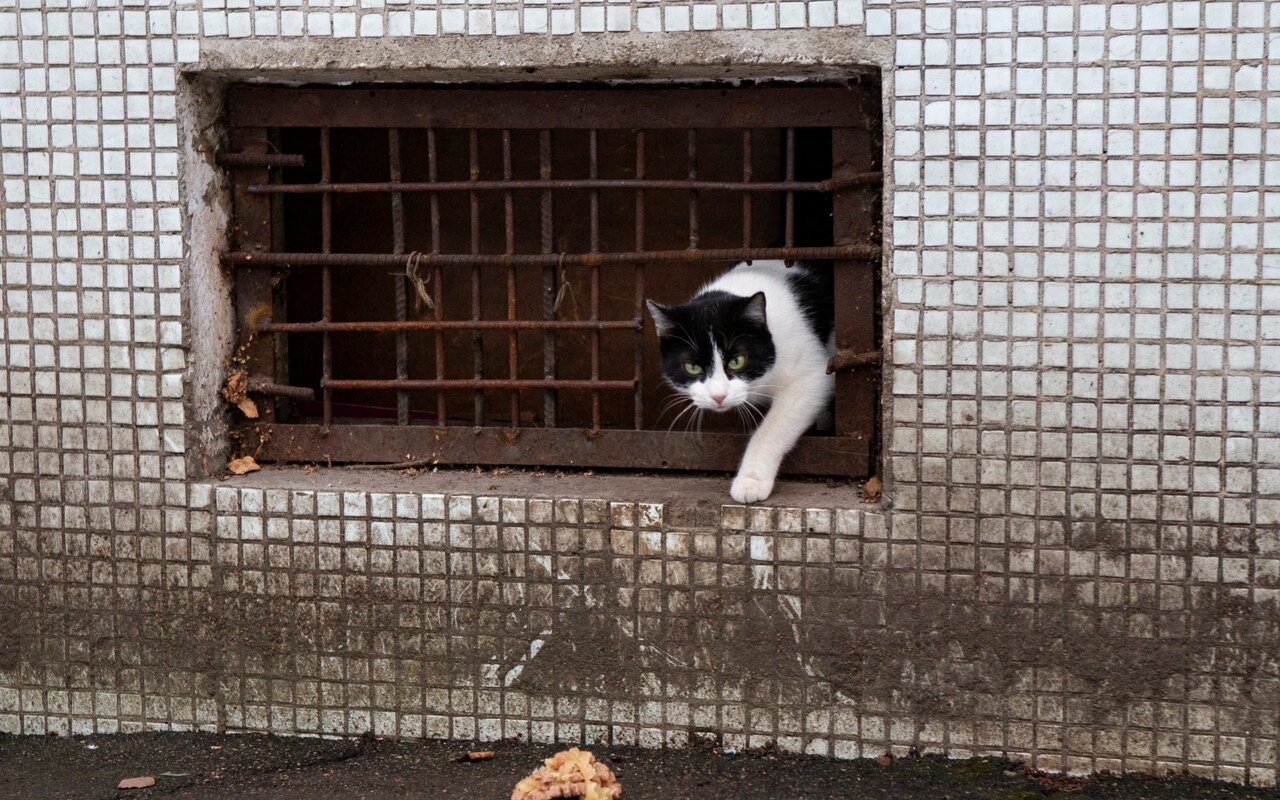 But now Ramil’s band of cat-saving expanding is expanding its work to the city’s sprawling suburbs which are not covered by the new legislation – enforcing a law that does not exist there.

On a recent afternoon The Sunday Telegraph joined Ramil on a secret visit to the satellite town of Zheleznodorozhy where utilities companies persist in putting bars on the vents, robbing strays of the only reliable winter shelter.

Guided by local women who appeared to know every stray cat in town by name, the went around several addresses in the sleepy, snowcovered neighborhood to inspect the vents. Pincers failed to snap the bars on one window, so Ramil took out his circular saw and went at it, sparkles flying. The avoid quickly retreated, anxious to avoid unwanted attention from the police.

Kotospas’ work is a real help for people like Adel Osadcha, a retired nurse, who takes care of six strays living in the basement under her flat in a five-story Soviet-era block. 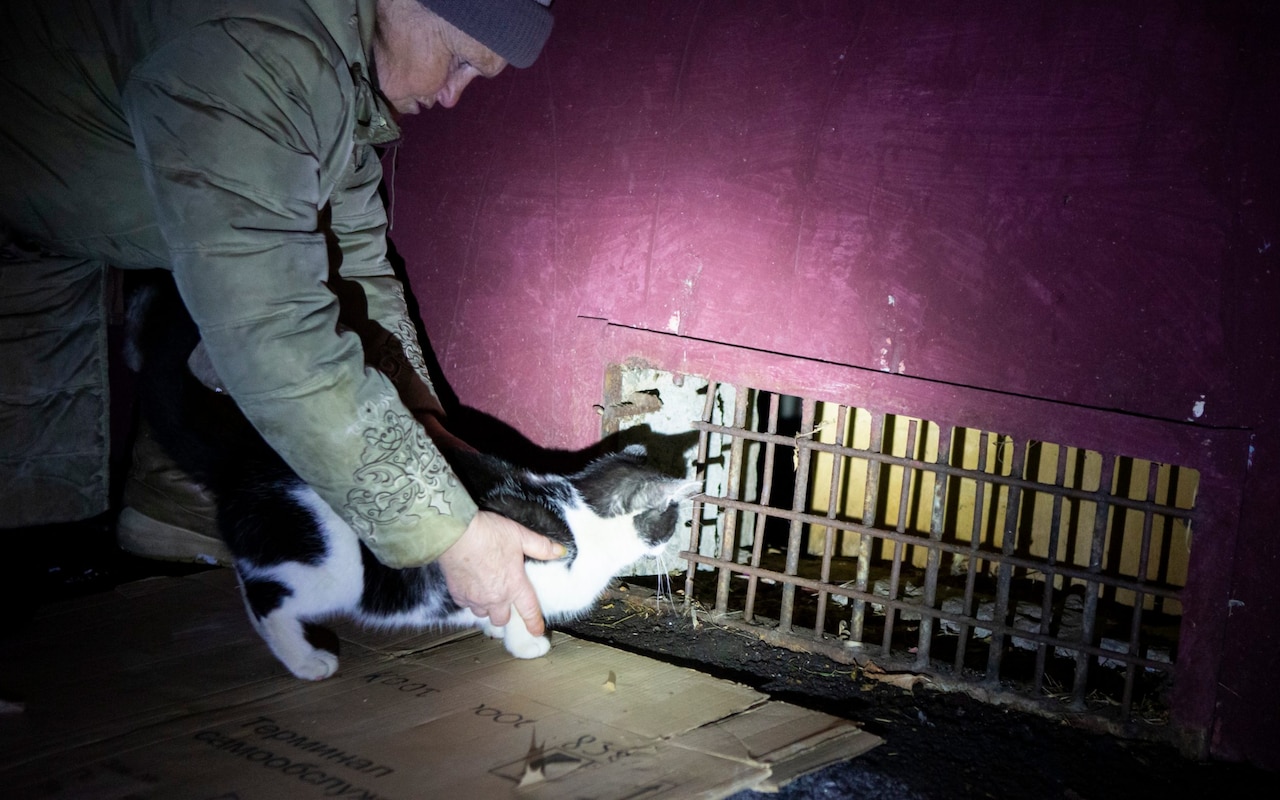 She recalled with horror how she had to scramble a few months ago when the utilities company put bars on all the vents, trapping the cats inside.

“We, Russians, love the cats out of compassion. It’s impossible not to feel for someone who suffers,” the 80-year-old said.

Moscow’s new laws are largely thanks to pressure from an NGO called Kotospas. (translation: Save-a-Cat) Its head Anna Feldman, has for years been battling to overcome the hostility of utility workers who used to claim that cats are a health hazard. But Russians’ overwhelming love of cats has helped her campaign grow.

“People in Russia really like cats and denounce those who don’t,” said Ms Feldman who is open about using social media for shaming authorities or companies who seem to be scared to death of being exposed as cat haters. 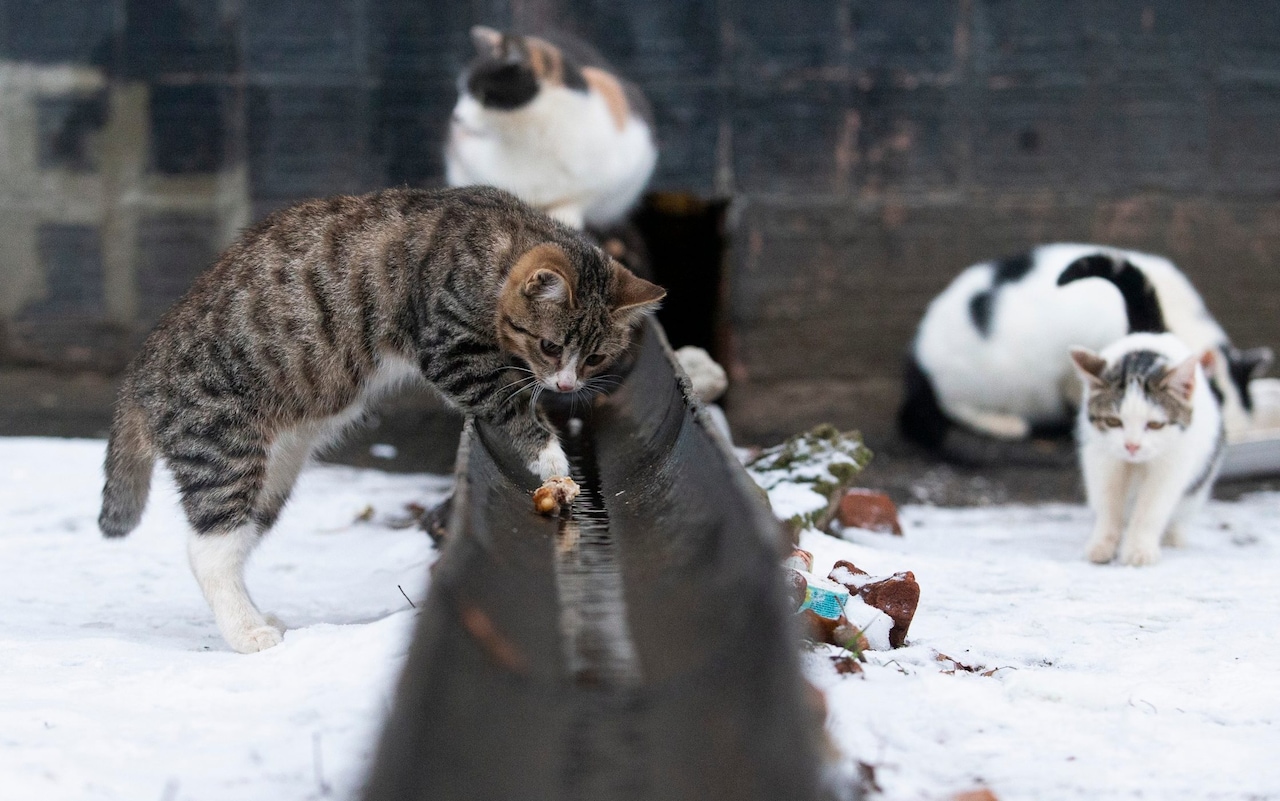 “Putin would not have been able to stay in power that long if he had said something bad about cats.” Allegations of animal cruelty can be more harmful to a politician’s reputation in Russia, say, reports of sexual harassment.

In Moscow, businesses reliant on Russians’ love for cats are thriving. Vladimir Kuzin ditched his corporate job to find Moscow’s oldest cat cafe, Kotiki i Lyudi, in 2015 even though he was never able to secure a bank loan. “I was told: ‘Who’s going to pay to spend time with cats?'”

Currently, the cafe hosts 23 cats who lounge in their baskets or roam around, rubbing against visitors’ legs and trying to act adorable in the hope of securing a forever home. They typically find a home within two months. Kuzin rejects suggestions that his business is an abnormality in Russia where toxic masculinity and militarism is celebrated by state media and powers-that-be. “We have another Russia here,” he said. “Our idea is that wild animals and pets should help us become kinder people and eschew aggression.”